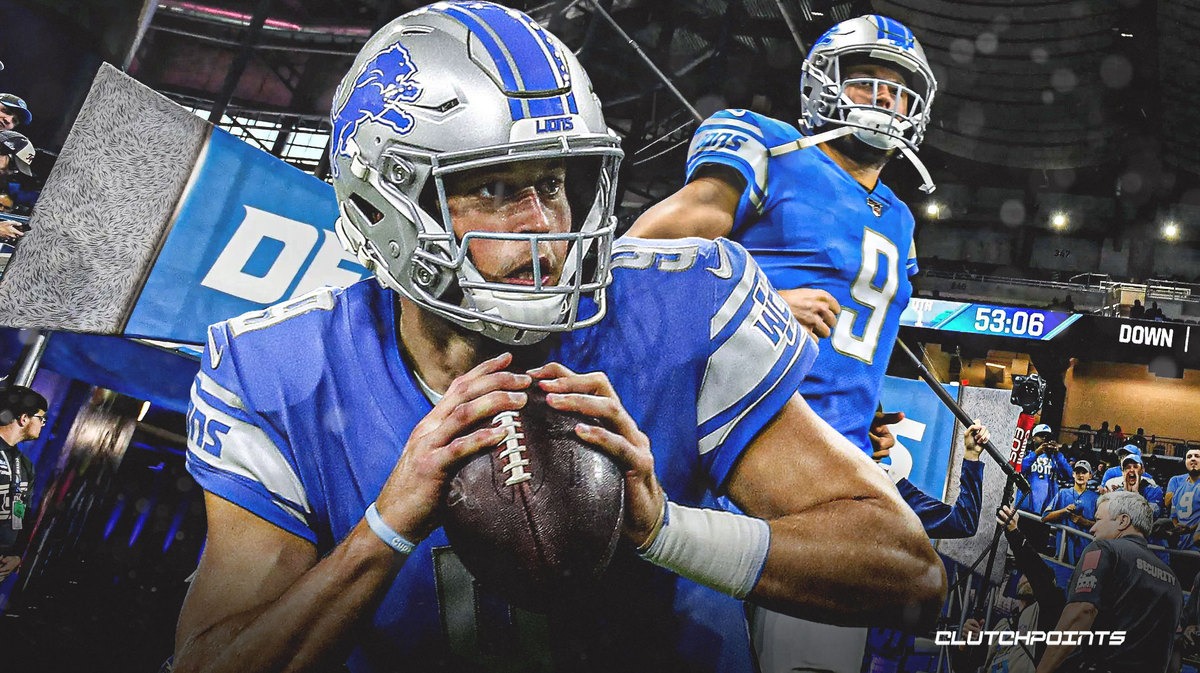 The Detroit Lions haven’t had the smoothest start to the season this year, but they have been passing in volume, with Matthew Stafford passing the ball 30+ times every game, and with his receivers now at full health I think we will see a solid output from him this week. The matchup against Jacksonville is a very positive one, and after a tough start to the schedule, I think this is the first plus matchup Stafford has had – despite the fact that he is averaging 19 fantasy points per game anyway. Minshew is good enough to push him and keep the passing game relevant, but the Jags are bad enough that I think Stafford has a great game. At a price of $6,300, he is incredibly affordable and still has a nice ceiling this week. I love the Matty Stafford Kenny G stack this week too, which is a cost-effective stack with big upside. 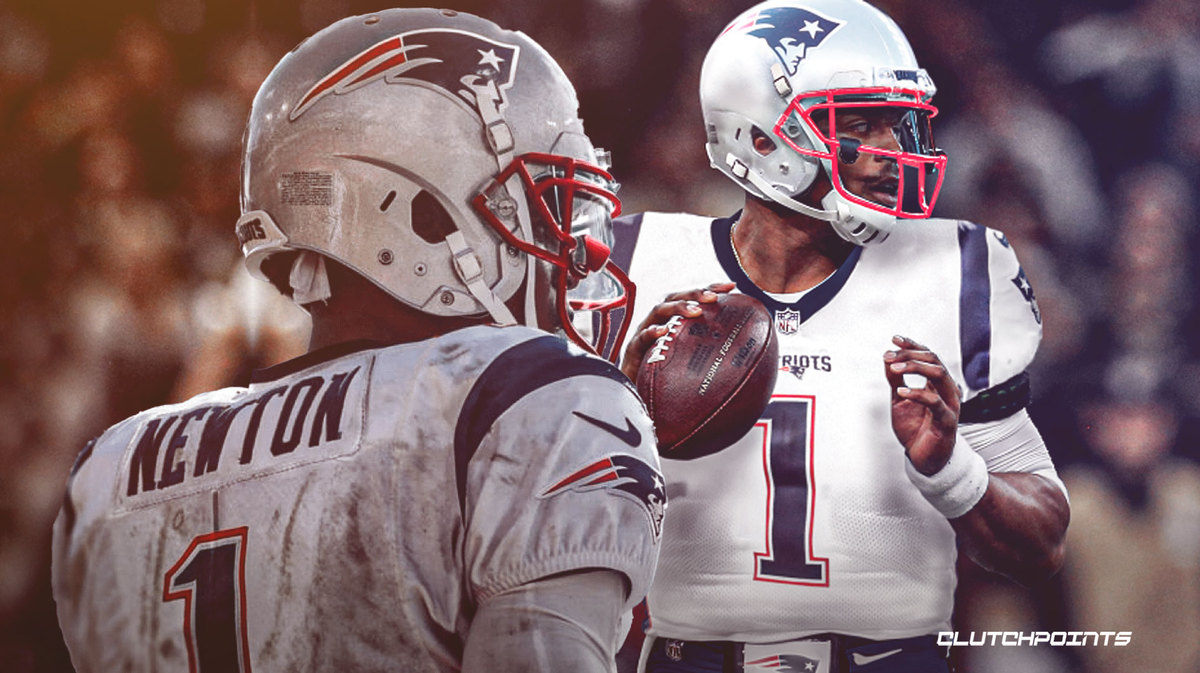 He’s back, and he’s going to pick up where he started.

The New England Patriots have missed their quarterback recently. I’m sure they’re happy for him in Tampa Bay, though.

Seriously, though, Cam Newton’s absence for the Pats’ fourth game of the season put them behind the eight ball, and with both him and superstar cornerback Stephon Gilmore out due to COVID-19, they’re not even the same team. Now both players should be back and ready to go for a matchup with the Denver Broncos. The hosts will be planning to use Cam to put pressure on the Broncos front who have been good against running backs, and I imagine their ability to run zone read, QB runs and play action will be a major focus of the offensive game plan. Newton has a great rushing floor, picking up between 3 and 10 points for that rushing yardage, and of course any touchdowns are a huge boost. In Week 3, the Raiders contained Cam and he put up a weak fantasy performance, but what won’t show in his game log is how Rex Burkhead and co. went nuclear. Newton should be back and if he plays you should consider starting him at $6,500.

After writing this article I discovered that the Patriots have flagged two more potential cases of coronavirus, and so in case Cam can’t play on the main slate, have a bonus tip. 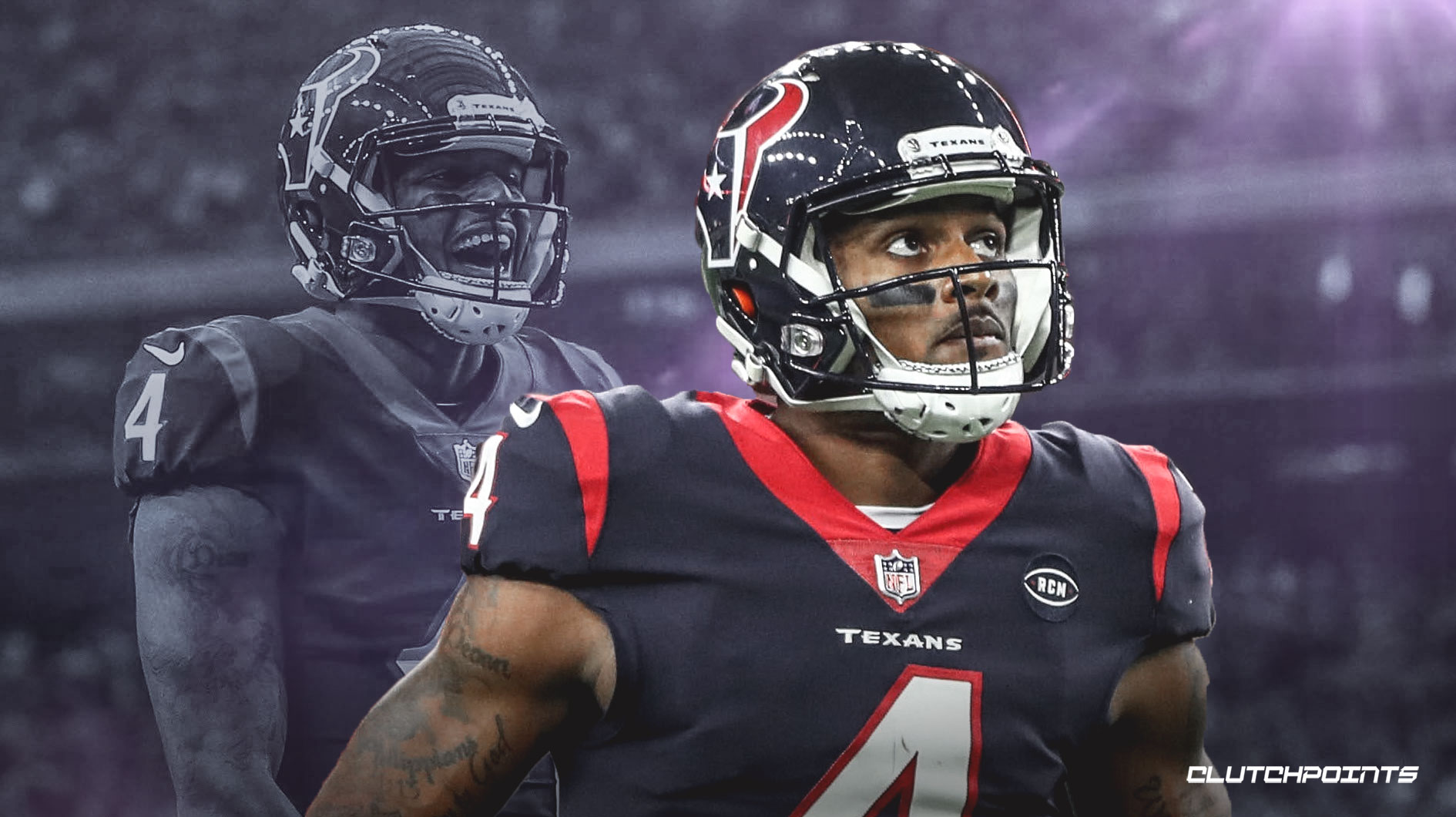 After last week, with the firing of Bill O’Brien, I was optimistic that Deshaun Watson and his fellow fantasy-relevant Texans would take that as an opportunity to show their worth, and put on a good performance. Deshaun did just that, and he put up 29.9 fantasy points against the Jags. This week he has a tougher opponent, but I am still willing to go back to him at $7,000 to see if we can keep the momentum going. The job interview process continues this week and the offense should be pushed by the Titans to have to stay aggressive all game long. 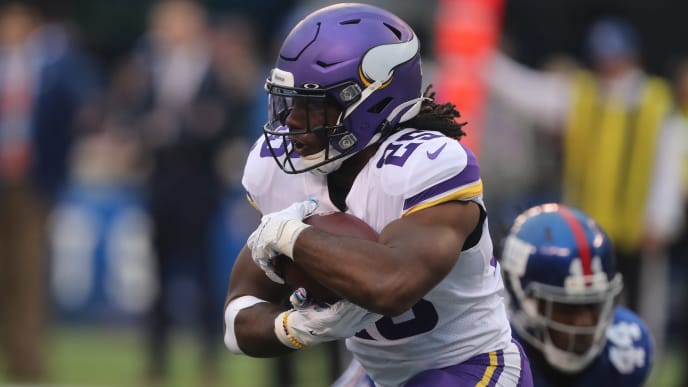 It happens every year, and when it does, this guy gets quite the pay rise. Dalvin Cook is injured and therefore questionable, not expected to play this weekend. That means one thing, it’s MattiSZN. Every time that Cook gets hurt, Alexander Mattison becomes instant chalk and everyone just thinks ‘oh well, everyone is going to use him this week.’ I am here to tell you that you probably should. Not only are you getting an $800 discount from Cook down to Mattison at a fair price of $7,200, this matchup is perfect. The Vikings are hosting the Atlanta Falcons this week, and they are a fantastic opponent for running backs, especially those who pass the ball. Last week, Mattison put up 19/6 fantasy points even though he didn’t start, with a line of 20 rushes for 112 yards as well as 3 receptions for 24 more. That is 19.6 fantasy points without scoring a touchdown. This week I expect Mattison to get a bare minimum of this performance again, with the full game as the lead back, and his ceiling is the RB1 on the week if he finds the endzone a couple of times too. 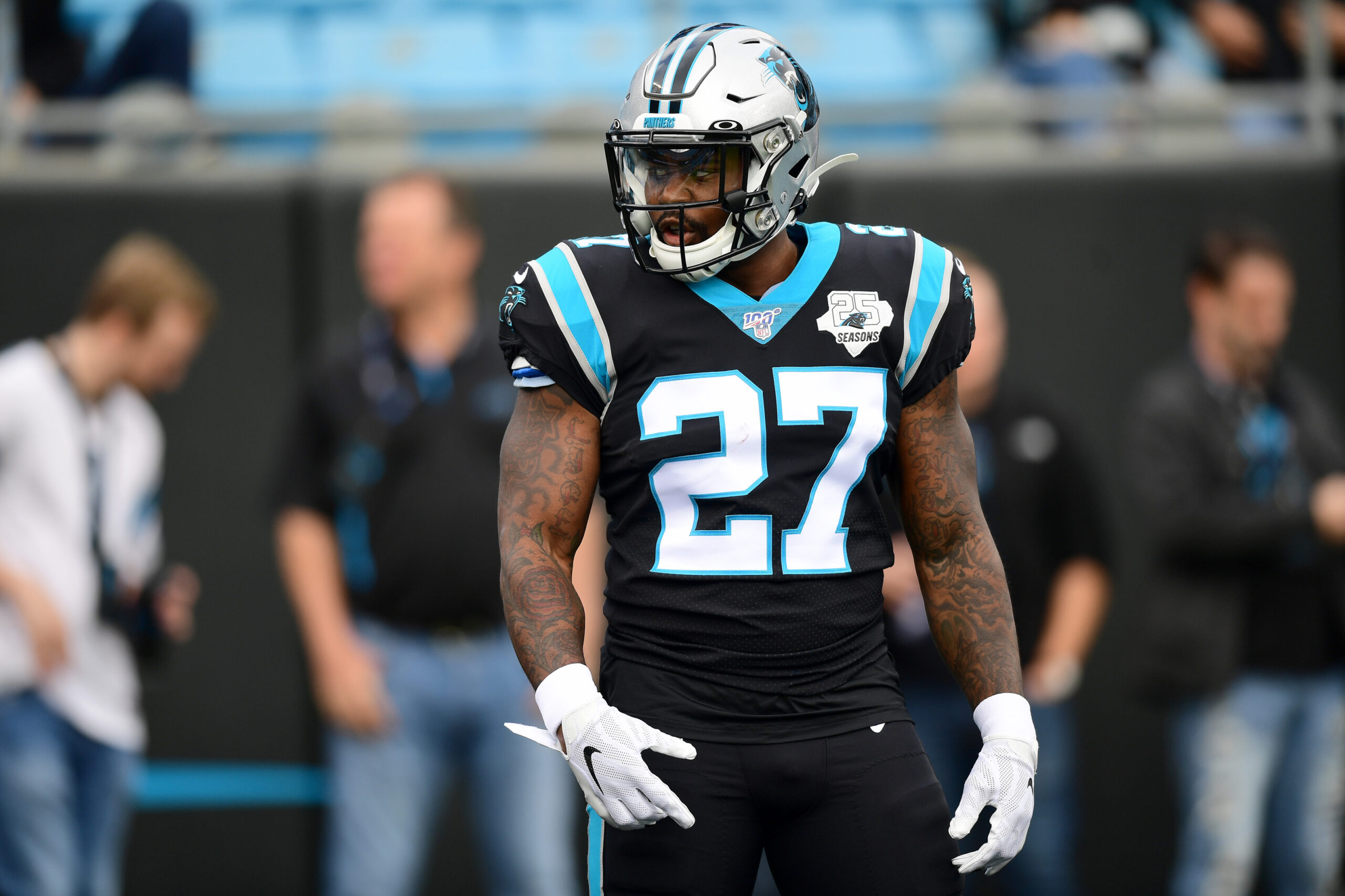 It’s been a blast, boys. Mike Davis’ stint as the Carolina Panthers’ lead back has been nothing short of miraculous. Having got literally 0 points in Week 1, and only rushing the ball a single time in Week 2, this man has somehow ascended to the dizzying heights of the RB6 on the season. Six. You heard me right, ladies and gents. Despite basically playing half a game through the first two weeks, this man is the sixth highest scoring running back in PPR. Well, this is the last week where we know for certain that Mike Davis is 100% going to be the featured back in this backfield, and so I’m giving him my seal of approval one more time. Let’s run it back and celebrate in style with another 20+ fantasy point game this week. He’s playing against the Bears, but his matchup is irrelevant, and his price is up at $7,000 which means he is nowhere near the price tag that has gained him so much affection, but out of respect for this absolute legend, I am putting him in my lineup this week and watching as he proves to the world that your RB doesn’t matter. 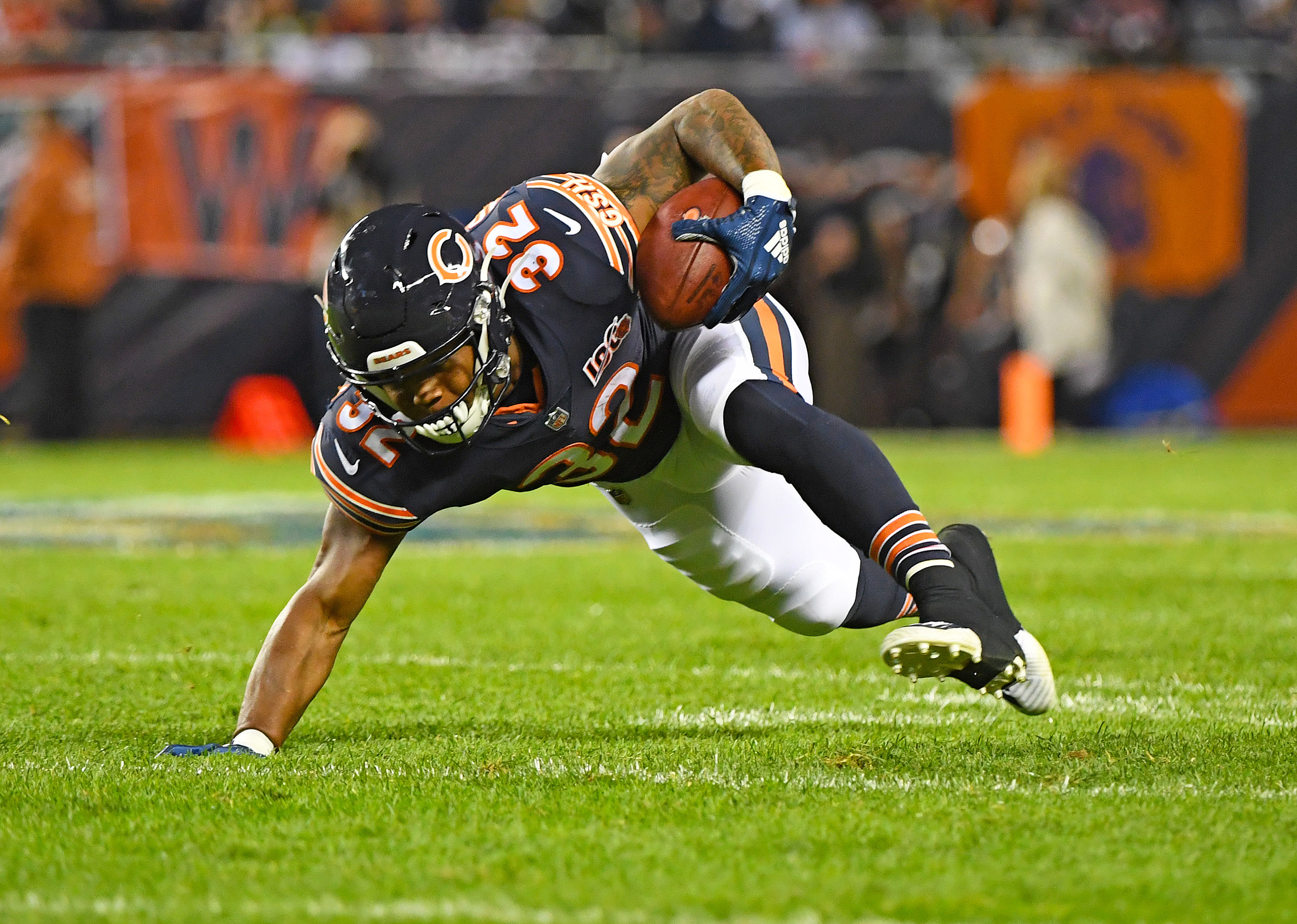 I didn’t want to leave you guys with no cheaper options so a quick shoutout to David Montgomery this week, as he goes to Carolina. The Panthers have a really poor run defense, and Montgomery has the talent to punish them for that. It will cost you just $5,800 to start him this week, and I think he will put up some solid points. Montgomery has only rushed 10 times in the last two weeks, and I expect positive regression there against this woeful defense, and his receiving involvement has been seriously impressive, pulling in 7 receptions last week. If they give DMont 15 touches against this team he should provide some solid numbers, and a TD could definitely be on the cards against the Panthers D. 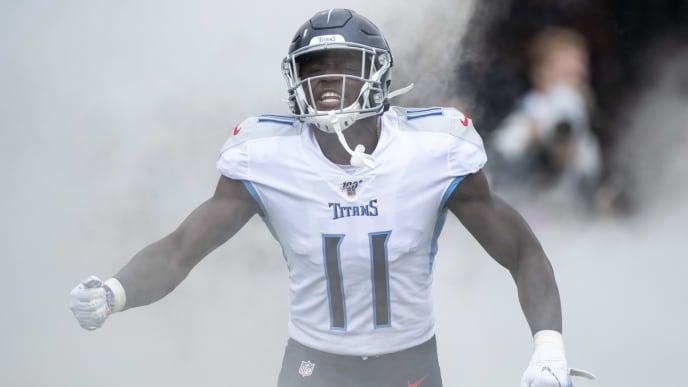 Great return, now back onto the main slate.

After missing three weeks, AJ Brown fantasy owners were frustrated, but DFS players were salivating. As soon as he came back in Week 5 he hit the ground running and put up 21.2 fantasy points with 7 catches for 82 yards and a TD. Brown looked absolutely awesome and his involvement was exactly what you want to see to confirm his health. He didn’t practice on Thursday but I think that is because they want to manage his workload after playing a game on Tuesday evening, don’t worry about him. When he’s healthy, he is awesome, and at $5,600 I’m plugging him straight back in again, facing a poor visiting defense from Houston. 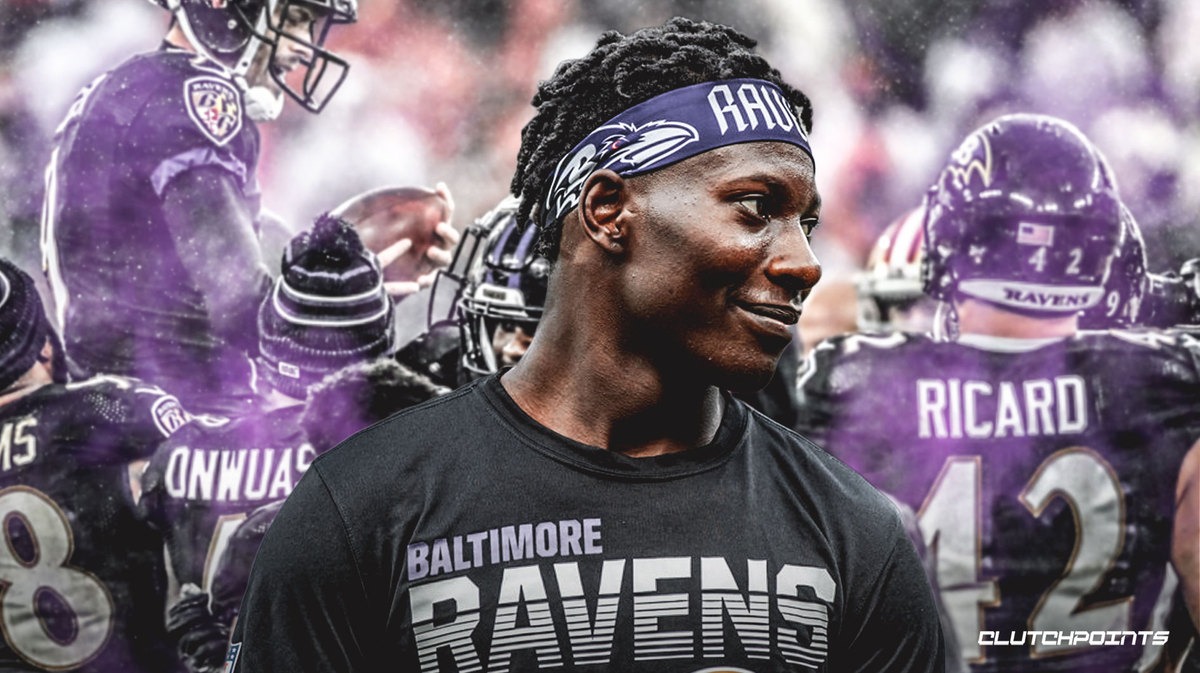 A player who people considered to be a boom or bust guy, based on his athletic traits, Marquise Brown is showing a really nice target share thus far this season, with a minimum of six every game, and in the past two weeks he has had 18, which he has turned into two massive performances with 10 receptions for 163 yards, a TD and 32.4 points. His matchup this week against Philadelphia is a bonus, and I think Hollywood should have another good week here. At $6,500 his price has risen slightly throughout the last few weeks, but I like his volume and being involved in this offense, which has looked increasingly pass-heavy recently, and I’m willing to pay up for him in this spot. 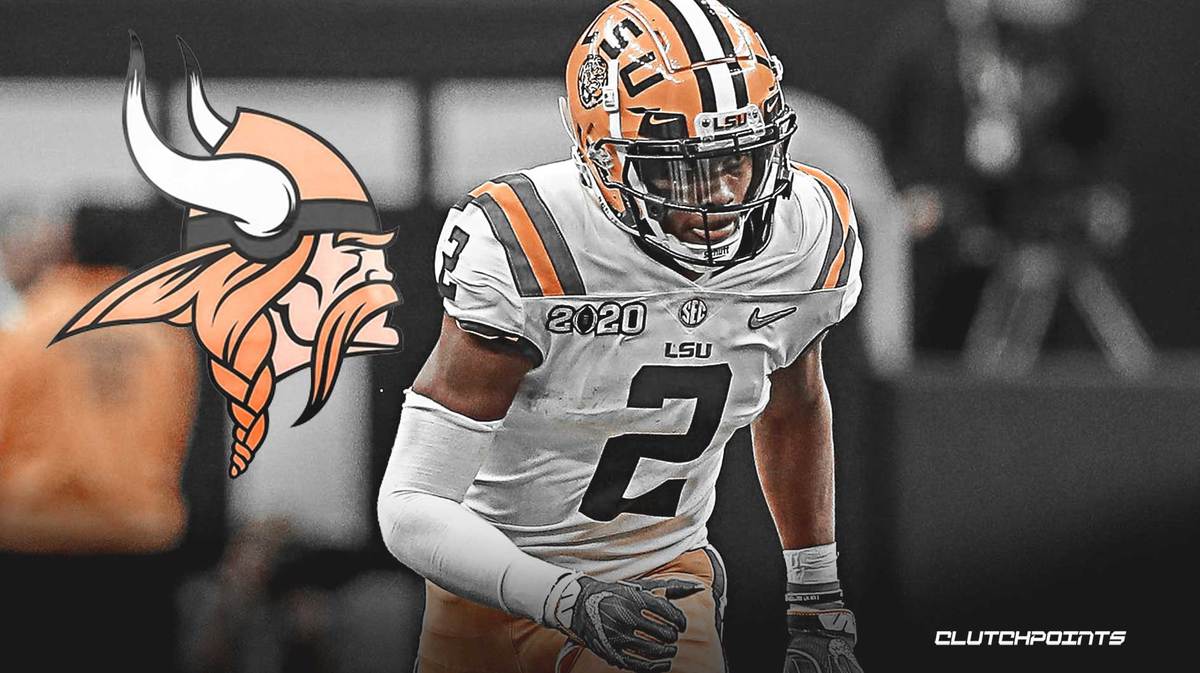 One of a seriously exciting rookie WR class, Justin Jefferson has been a bright spot in a difficult start to the year for the Minnesota Vikings. They have only won a single game, but they have lost by one point on two separate occasions, and their week one loss felt like Aaron Rodgers just caught them in the crossfire. This week they face another team who are struggling, in the Atlanta Falcons, who have just fired their head coach and have injuries all over, and a seriously awful defense – not to mention they missed a day of practice because of a COVID scare. Now back to Jefferson; as we have just said, the matchup is awesome, and so is he. He had an explosion in gameweeks 3 and 4, putting up 50.8 points in two games, and now after a quieter week where he would have been popular, I’m expecting a bounceback game. The Falcons are bad on defense and this team really needs a win. Dalvin Cook is out so the pass might feature a little more heavily, and I expect Justin Jefferson to continue getting 5+ targets each week. In a game like this, those targets could turn into 100+ yards and a TD very quickly. 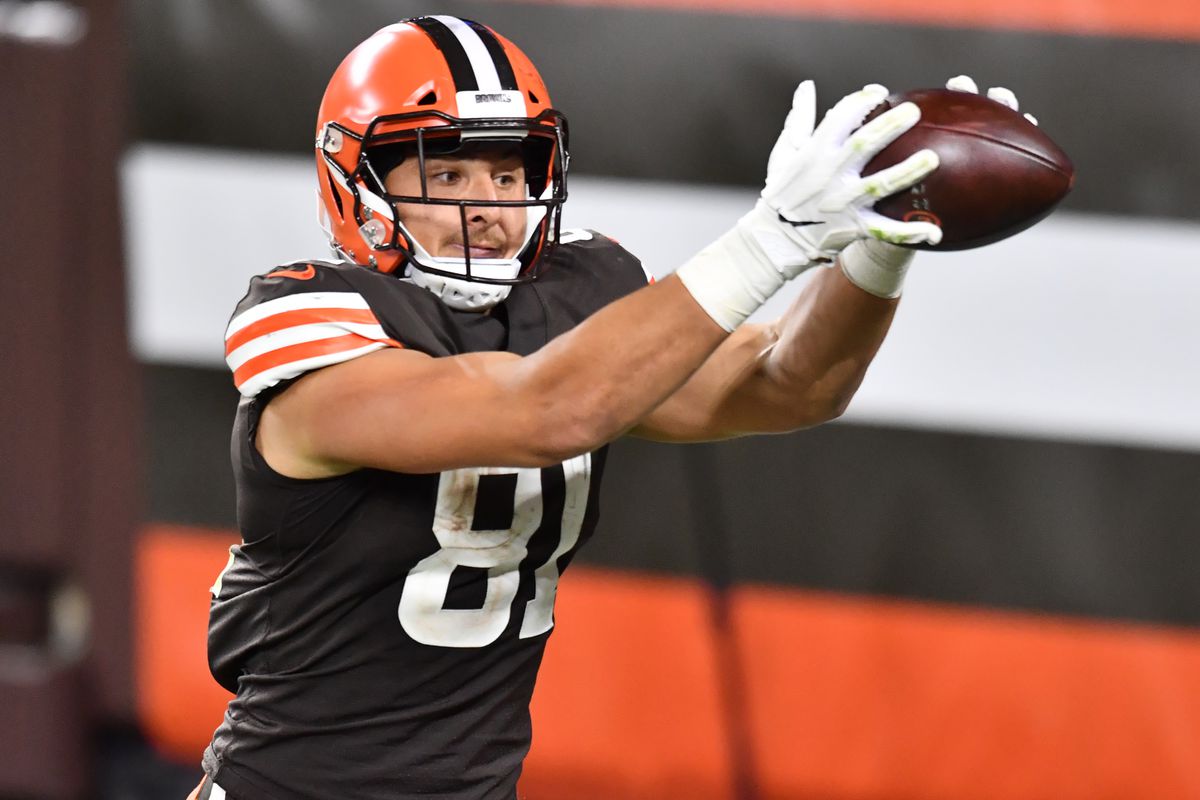 Cheaper than he should be, solid option in a bad slate.

This is a tough spot for TE, and so I’m looking for value, to support a team with bigger investment at RB and WR. Austin Hooper is priced down at a very affordable $3.900, despite having 10 receptions on 17 targets in the last two games and having double digit points in both of those weeks. Baker Mayfield is clearly starting to look to the TE more and Hooper has the talent to be productive in high volume, as we saw in his incredibly large role in Atlanta last year. The Pittsburgh Steelers aren’t the best matchup, but I don’t think it is enough to scare me off of the value. 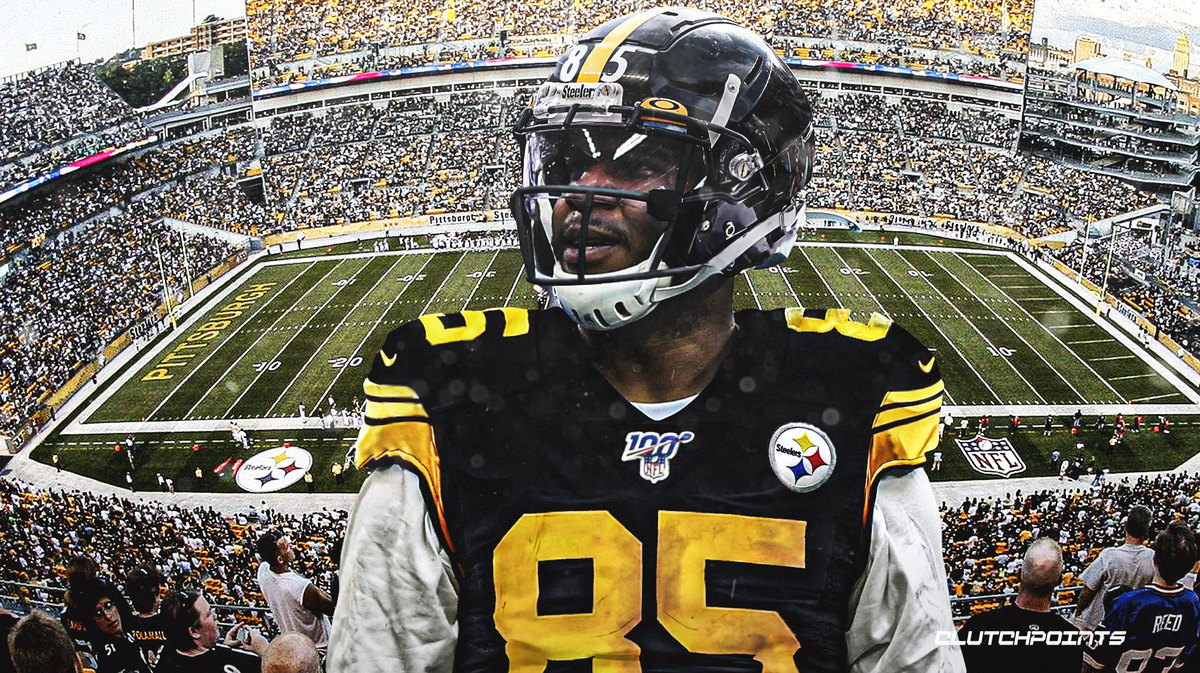 I’m not going to write a whole essay about Eric Ebron when I tipped him last week for the exact same reason. This guy is only $4,100 and yet he’s getting 5+ targets every single week now, with a good quarterback and some incredibly explosive weapons around him. JuJu Smith-Schuster and Diontae Johnson are both great and now Chase Claypool is stepping up in his involvement, but you can’t ignore the big man who has averaged 10.6 points since he became involved in Week 2. If he scores a TD, he is elevated higher, but his floor is solid and at a good price. 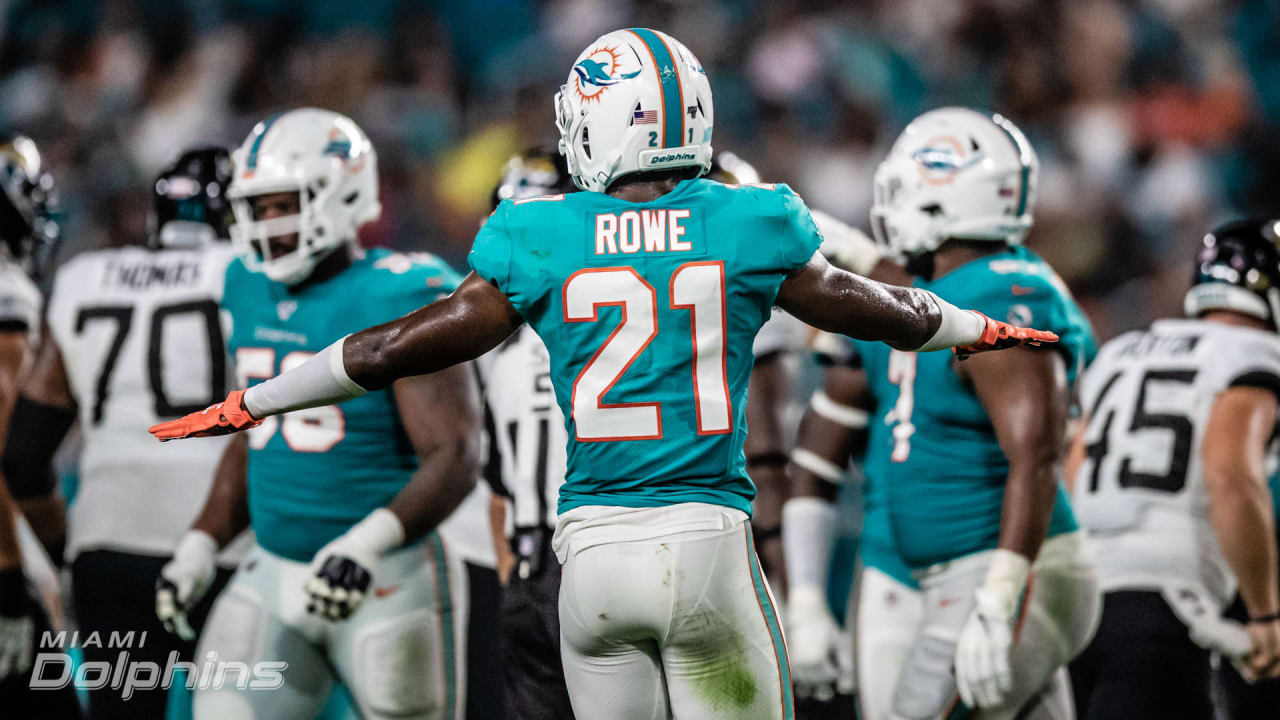 I don’t put too much stock into defenses in DFS, I want a team that has a chance to try and create some turnovers, and this week the cheapest team that I think could do that is the Miami Dolphins, who face the New York Jets. I’m not expecting them to be good, but they will have chances to score points against this team – as would any defense, at this point. They’re $2,900 and their matchup makes them startable, so that ticks my two boxes.