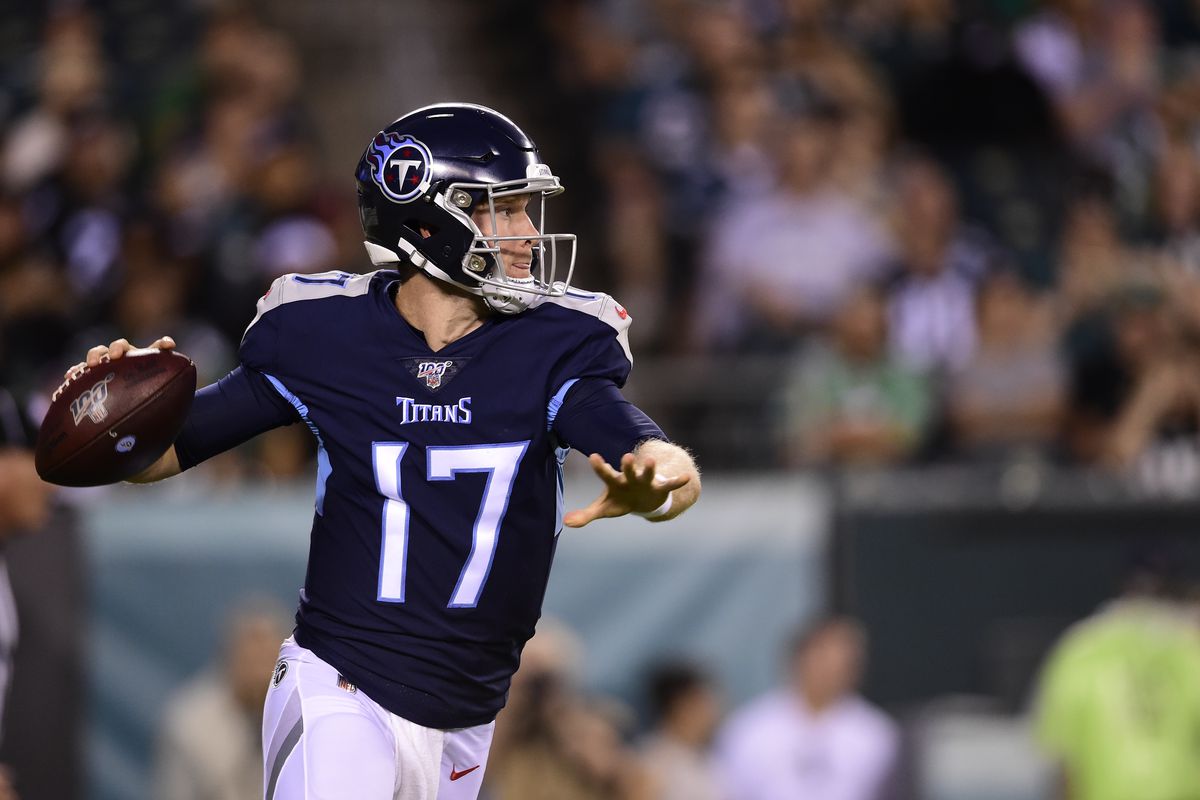 The Detroit defence is bad even without defensive guru Matt Patricia. They’ve allowed a touchdown to every QB that has faced them this year except for Alex Smith who put up 390 yards on them. There is the worry that against the Lions who might be even worse against the run, that Derrick Henry will take all the points available away from Tannehill but that’s a threat every week. Tannehill has also put up multiple TDs other than two games so he has a pretty decent floor. 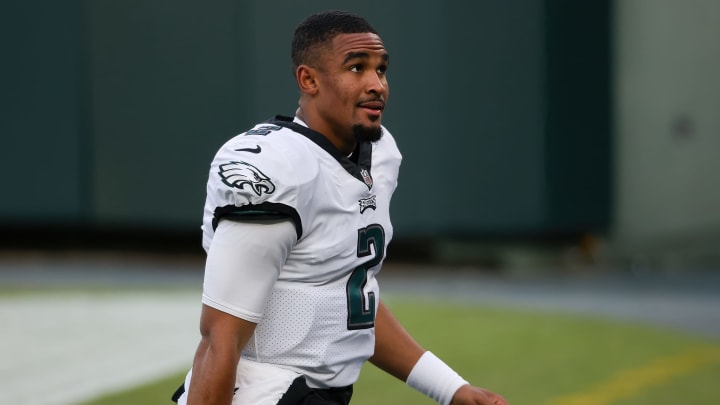 I don’t think anyone was predicting Jalen Hurts first start to be so successful with 23.3 fantasy points. Before last week, the Saints were getting some claims of maybe being the best defence in the league at that point. Hurtscarved them up on the ground and but settled for mainly short passes, his rushing threat also made a lot of opportunities for a bounce back game from Miles Sanders. The Cardinals should show Hurts some more favourable passing opportunities but as I’d expect them to stack the box so we’ll see if Hurts can live up to the challenge but he should provide us with a decent rushing floor. 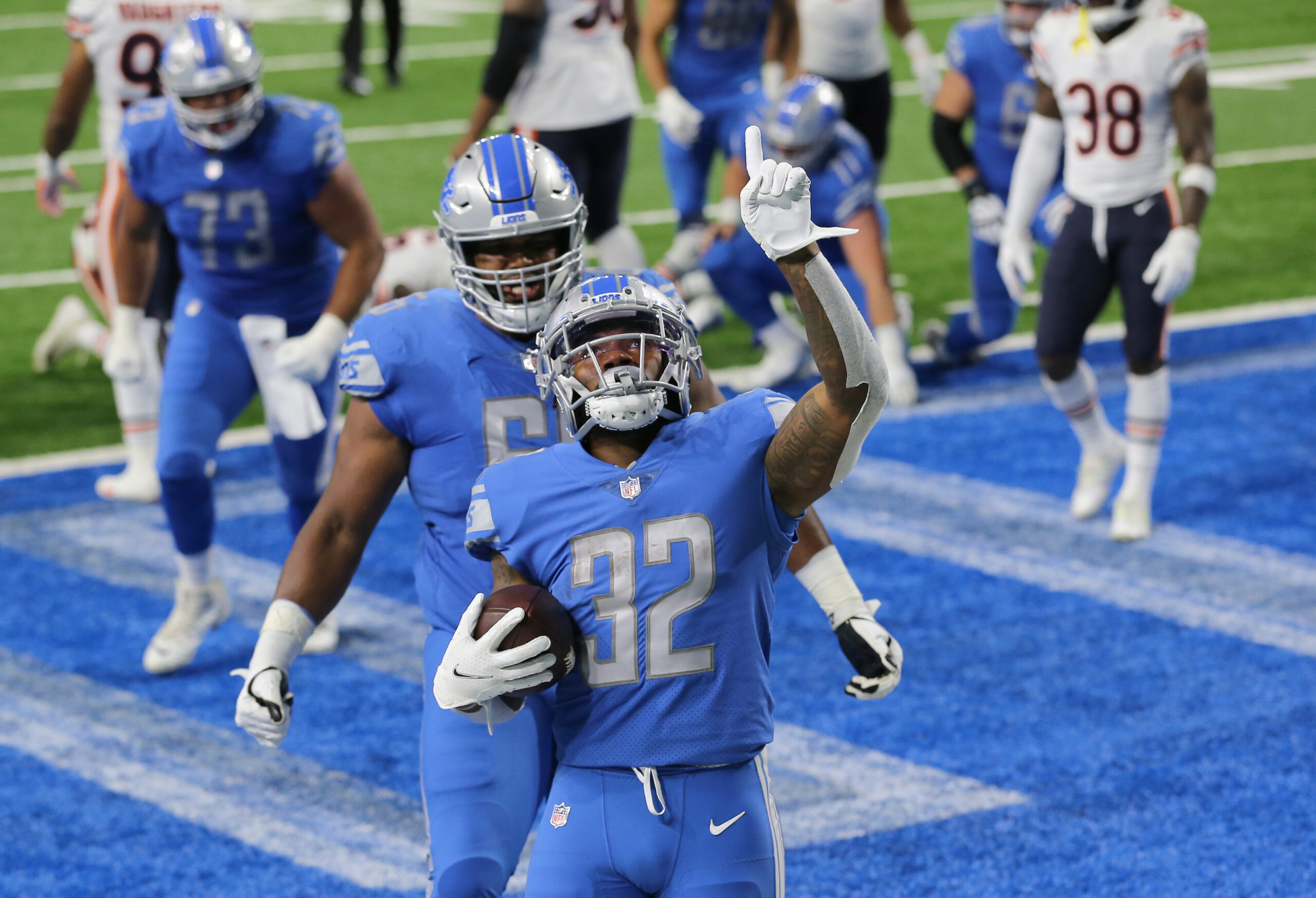 So, it looks like Matt Stafford will be out this week just to limit our options even more in this slim slate, but Swift should be a beneficiary. He had 11 points in his first game back after an illness and concussion, now he should be getting the ball a lot more from Chase Daniel. Daniel will likely be checking down early and often which means Swift can scoop up those juicy DK PPR points. It also helps that Tennessee are the 26th rated team against fantasy football RBs. 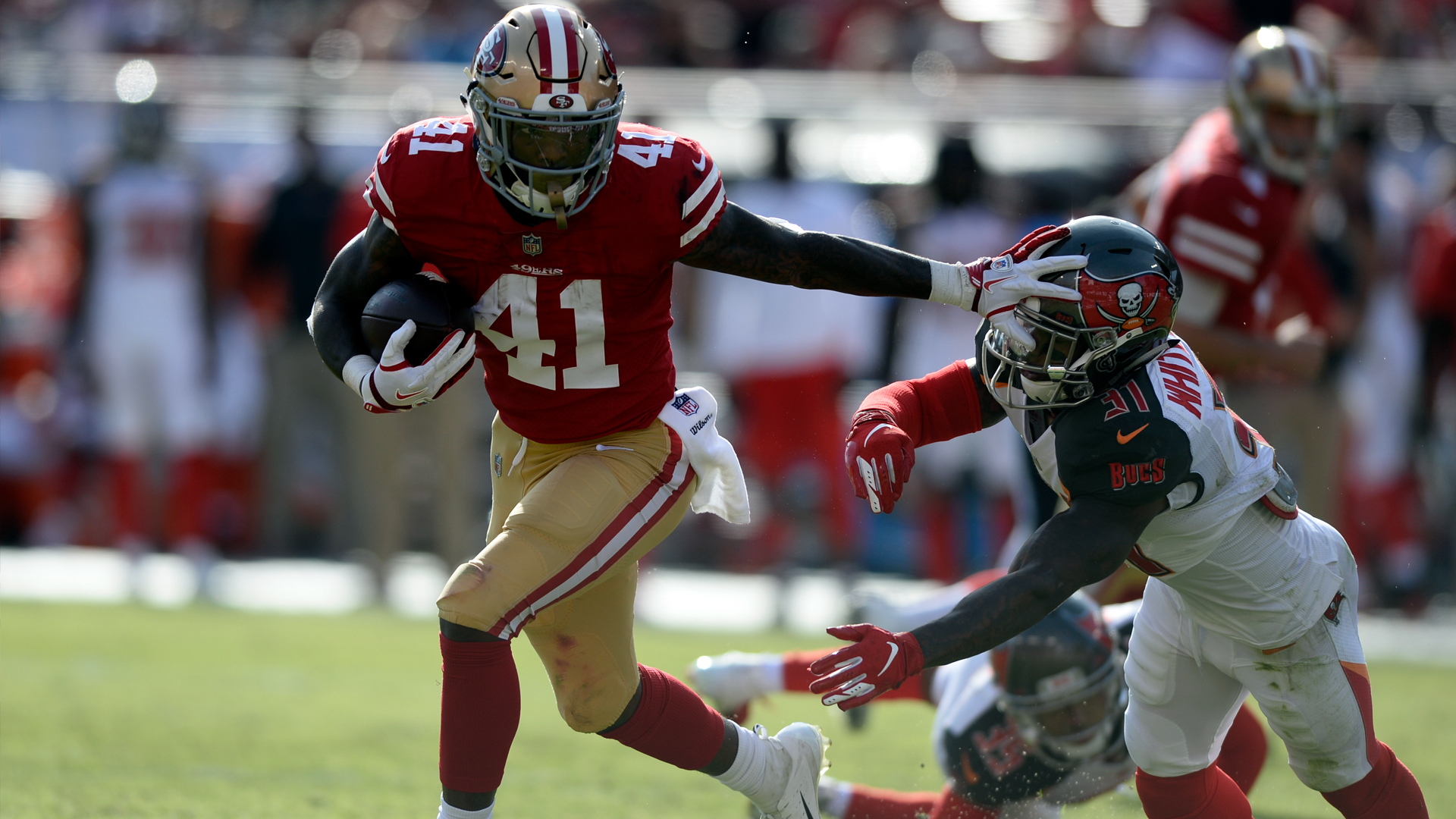 I love Raheem Mostert and I’m fed up with them giving the ball to Wilson but I can’t sit here and tip Mostert for $5,900. With Jeff, you’re saving $800 and more or less getting Mostert’s workload. Mostert may or may not be playing this week too so add on a few more touches for Jeff. The Cowboys have given up the second-most rushing yards to running backs, and the position has averaged nearly 25 fantasy points per game against them in 2020. 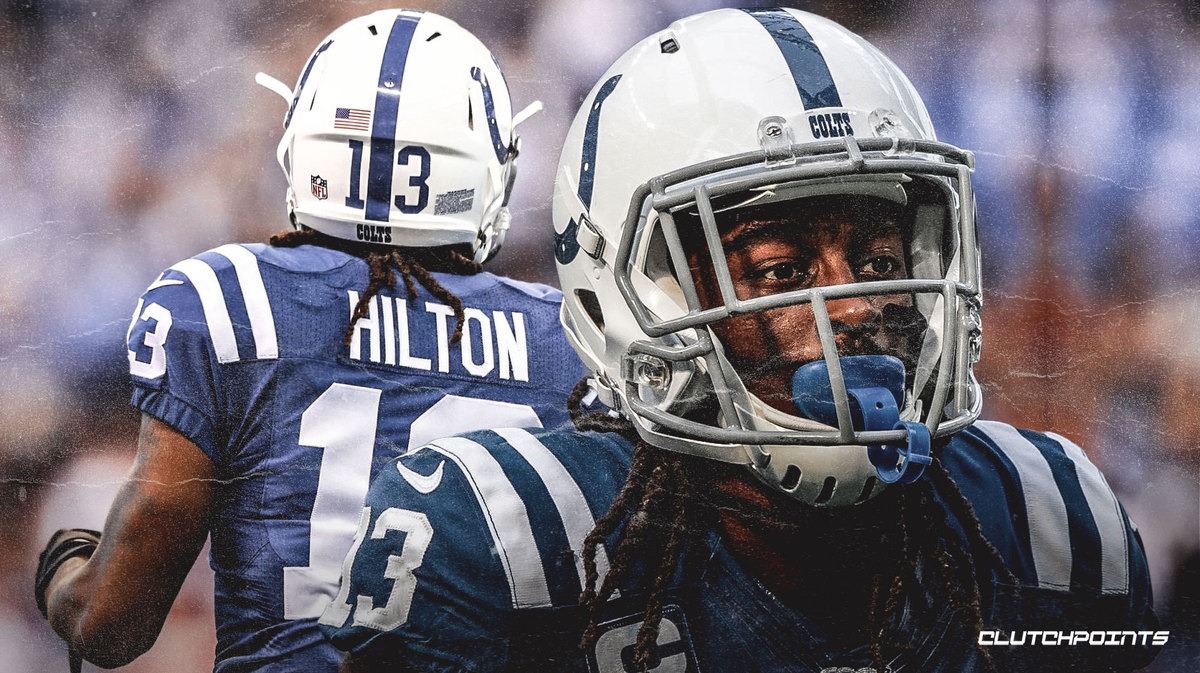 TY Hilton has had a resurgence but because of his slow start to the year he’s still just $5,500. He’s averaging 24 points and scored four TDs in his last three games. Just two weeks ago, he faced this same Texans team and put up 28 points, with the hot streak he is on, there’s no reason he can’t do the same thing. They are disturbingly bad on the back end of the defence and this whole offence should have an excellent game (Rivers might even make 20 points!) 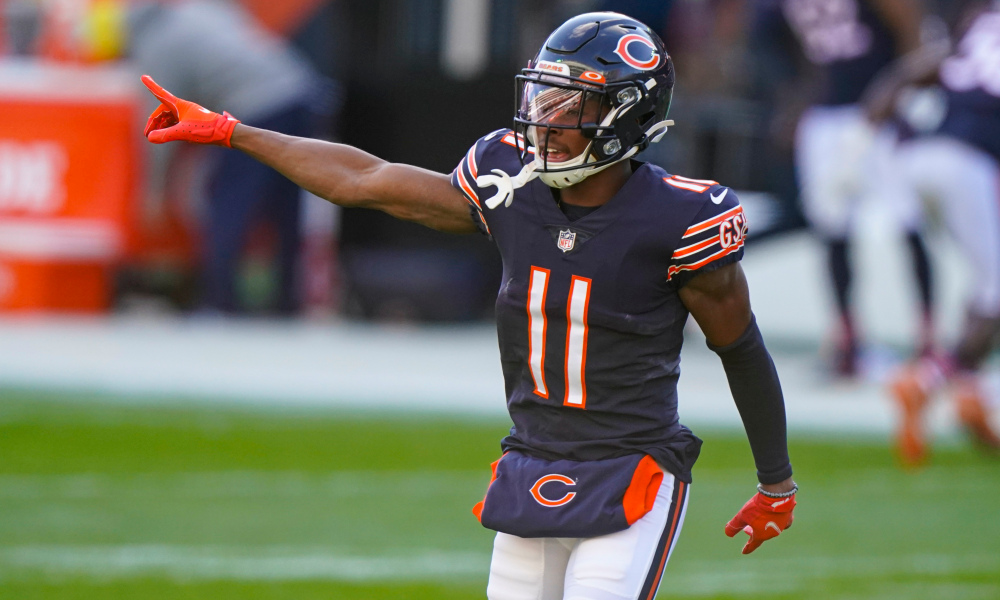 Last week for cheap as chips pick, you got Tim Patrick who got us just over 12 points which isn’t bad for $4,200 but we’d like a little bit more bang for our buck in week 15. Enter, Darnell Mooney. He is just $3,900 and last week he got the third TD of his rookie season but only had two targets. Trubisky produced an excellent value week and I like him again against the Vikings but just haven’t wrote him down. In the two games prior, Mooney had 15 targets so count week 14 as an anomaly. The Vikings have allowed the eighth-most points to WR this season and given up a touchdown to a WR that isn’t his team’s No. 1 option in four straight weeks. 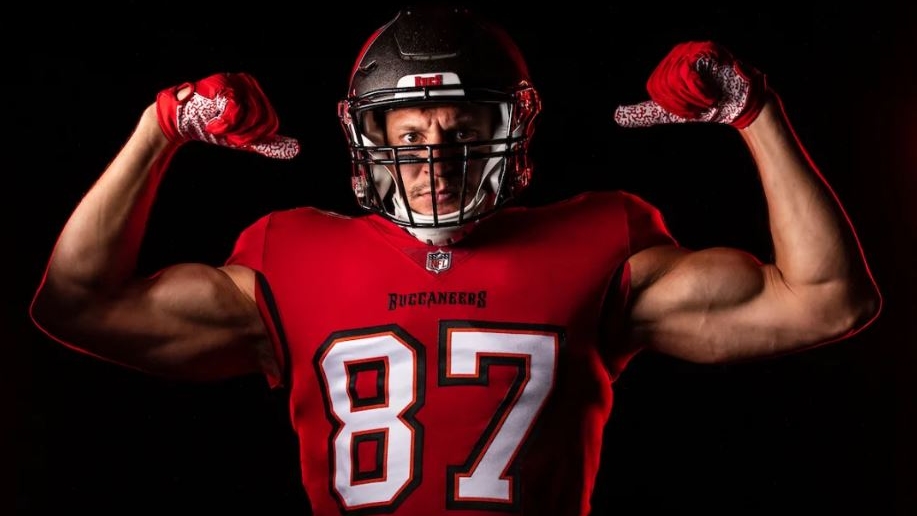 Gronk has probably done more than most people expected him to after a year away from the game but he hasn’t been a lock every single week. Against the Falcons defence I think he’ll have at least one TD because they’ve allowed nine already this season and the fifth-most fantasy points. Last week he only garnered two targets which is down from his normal 5 target average. Expect his targets to get sharp uptick and he doesn’t need to have a huge game to be worth that $4,200 price tag. 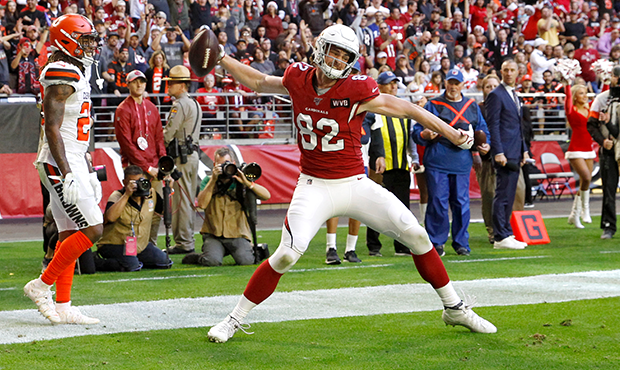 Dan Arnold has come out of nowhere. He’s had 30 points over the last two weeks and Murray seems to have developed great chemistry with him. Murray looks towards him on third downs and increasingly in the RedZone which is why he’s scored three TDs in the last two games. Philadelphia is one of teams I’ve been targeting all year against tight ends and officially rank 24th worst against the position in terms of points given up. He still has a relatively low amount of targets so we could see an even bigger target share and more points. 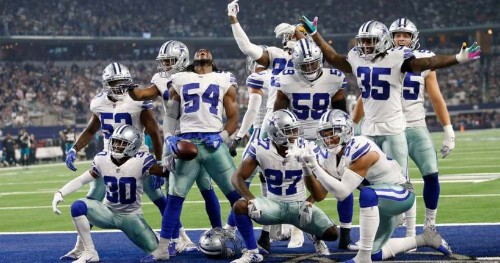 It might seem strange tipping the Cowboys but their getting hot and shocking everyone. Last week the 49ers produced a stinker and they might be swapping in Beathard after a few bad games from Mullens. Now, the Bengals aren’t exactly a stellar offence to say ‘Wow Dallas have turned the corner and are now a defensive monster’ but for $2,700 I think this 49ers team with so many injuries will give this unit another good week after week 14s 18-point matchup. They have so many injuries and they’ve given up the ball 12 times in the last month.