I went on a gut feeling last week to give you the 2nd best receiver on the entire slate. Not sure I’ll have that same success with receivers this week, but we’ll give it a go. Onto week 11 and now the injuries and storylines are mounting up, it’s so hard to keep track of. Also, listen to the Daft Kings podcast for more of our Fantasy analysis! 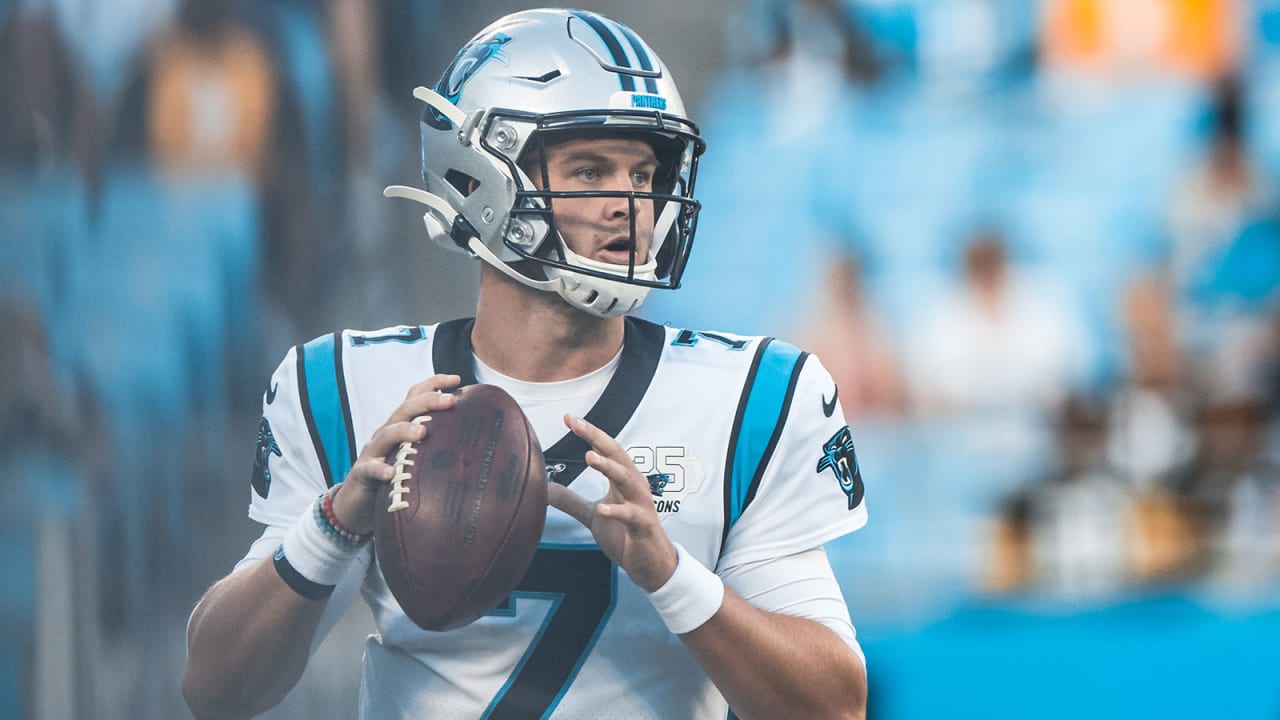 I really think Draft Kings did an oopsie with this one. Kyle Allen is far too cheap at $5,300 against a Falcons defence that before last week was the laughing stock of the NFL. Allen isn’t a top tier QB, but he will score you enough points to make his price worth it. Regardless of why the Falcons were able to stop New Orleans last week, it will be an outlier. Outside of that game they are surrendering 8 yards per pass attempt, 270 yards a game and 19:2 TD to INT ratio. In a week where a few top options aren’t available, Allen should certainly finish in the top five. 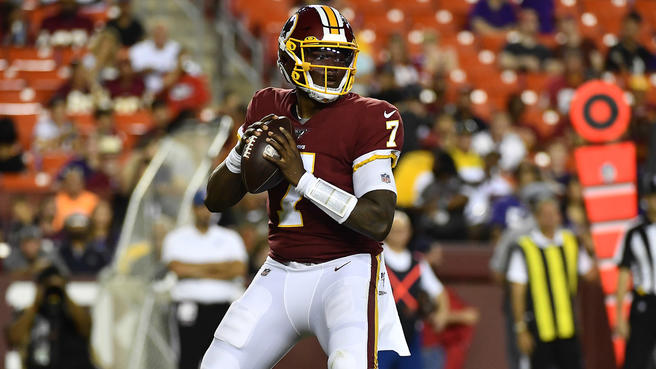 Dwayne Haskins has been named the starter going forward in Washington, likely because they’ve got past most of their scary looking games. Haskins is only $4,800 in possibly his best matchup of the year against the Jets. We haven’t seen much from the rookie so far so it’s hard to talk about his potential. However, if you look at the QBs who have faced the Jets recently (Daniels Jones and Ryan Fitzpatrick) then you can see that New York is easy to light up for a bunch of points, even if you don’t have many weapons. As one of the cheapest options on the board, he makes sense if you want to spend elsewhere.

My heart goes out to Duke Johnson because Carlos Hyde keeps doing just enough to keep him on the bench. Not that it matters in this matchup because I think the game script will suit Johnson much better. For $4,000 you’re getting a running back that has averaged 13.3 points over the past month of games while playing a very small amount of snaps, he’s very efficient when he gets the ball. This week the Texans are facing Baltimore and their No. 4 ranked rushing defence. Hyde shouldn’t be able to do much, and Johnson should be brought in as the Texans will likely have to try and keep up with this Ravens offence early anyway. Another thing, the Ravens corners are lethal so Watson will want to stay away and target his tight ends and Johnson underneath, I think he sees a lot of targets. 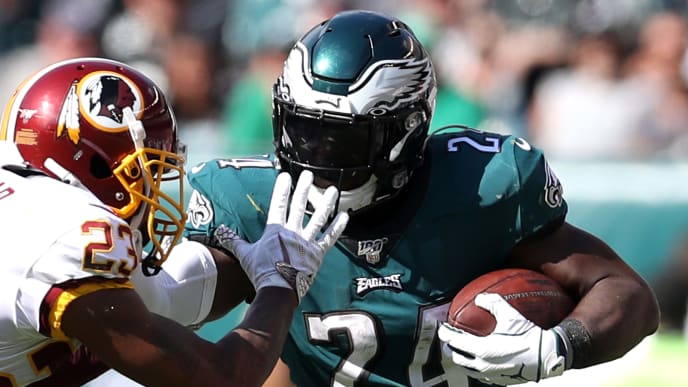 If there’s one thing the Patriots have shown the last two weeks it’s that they are at least susceptible to the run. Both Nick Chubb and Mark Ingram gashed New England for 131 and 115 yards respectively, there was always a big open hole for them to run through. I like to shit on Jordan Howard, but I like having big fantasy games even more and he is getting it done for Philadelphia. Now that DeSean Jackson is likely out for the rest of the regular season the Eagles should continue to lean heavily on their ground game. They might try to open up their passing game a little, but I think they will soon realise it’s extremely hard to move the ball through the air. Howard can be had for the low price of $4,700 and could score multiple TDs on long runs. 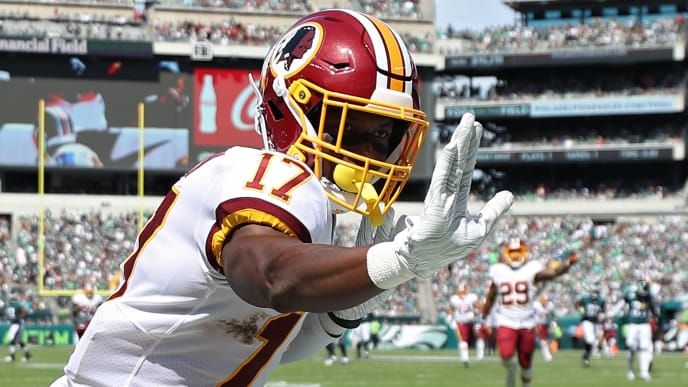 Terry “F1” McLaurin, I don’t know who coined that nickname but it’s kind of lame, he deserves better in my opinion. He has been the lone bright spot on the Redskins this season in his rookie year despite a revolving door at QB. His price has dropped to $5,600 from the $6,200 it was at before the bye week. The last three games were not pretty with an average of 6 fantasy points but those were in incredibly tough matchups with the 49ers, Vikings and Bills. Like I mentioned earlier, he has a much nicer matchup this week with the New York Jets who are giving up huge numbers to all receivers. They allow the third 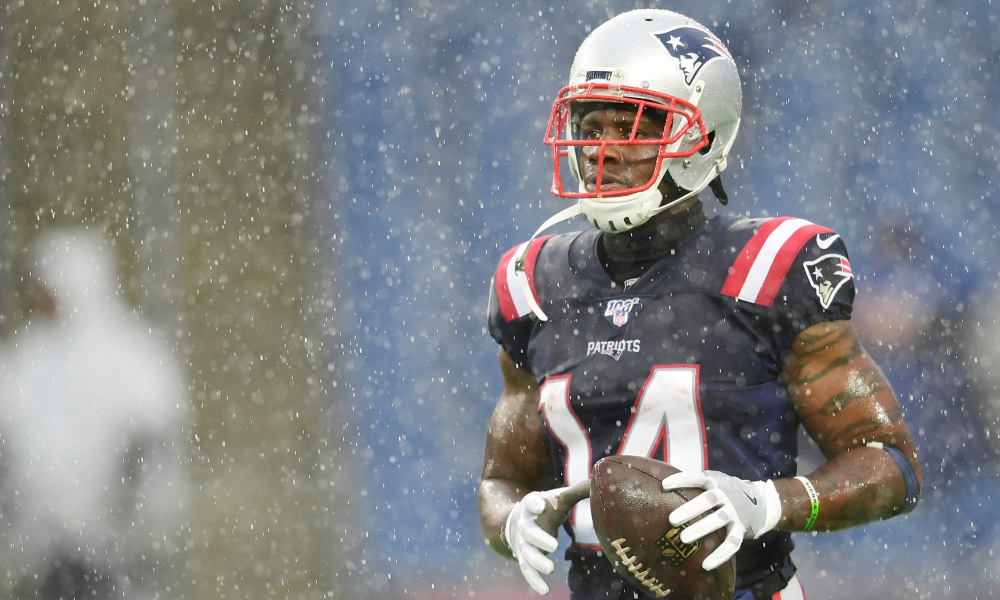 I must be a masochist because I like to constantly burn myself with Patriots receivers. We’re doing it again and we’re targeting the Patriots newest member of the receiving corps Mohamed Sanu for the juicy price of $5,100. Philadelphia has been the whipping boy of every passing offense in the NFL this season and they shouldn’t be any better against New England coming off a bye and Brady pissed off about their current performance. I expect the Patriots stagnant run game to stay disgusting inefficient against a Philadelphia rushing defence that is one of the best in the league. Sanu has quickly established a rapport with Brady, receiving 14 targets in the game before the bye against the Ravens. He hauled in 10 of those targets so you’d better believe Brady is going to trust him to get it done again versus a much worse secondary.

This spot is now reserved for a receiver that I have a good feeling on each week after I hit big on Darius Slayton last week to the tune of over 35 points! Now there’s no magic or stats in this, it’s simply who I like or have a gut feeling on so please understand these are true fliers and take caution picking these guys. Tre’Quan Smith of the New Orleans Saints, is just $3,200 this week and I’m all in. He’s only played in 4 games this season, coming back last week from injury to catch 1 of 2 targets for 13 yards. Why do I like him at all? Michael Thomas’ price has rightfully been put up to $9,900 and I want a piece of this Saints offense that isn’t going to use all my cap space. Take a flier, why not? Michael Thomas certainly can’t have 30 catches, right? Can he? 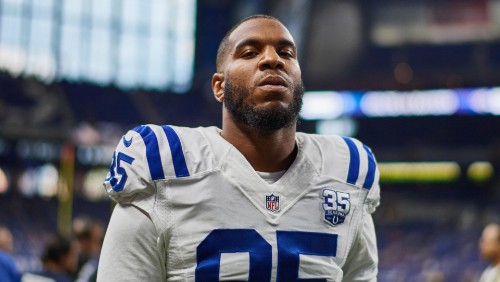 As expected, Eric Ebron has regressed this season, a lot and his price has now dropped to $3,600. Now that could be because Andrew Luck is gone but Brissett hasn’t been bad. As of writing, it hasn’t been confirmed who the Colts will be rolling out at QB this week, but I think Ebron is in play for either Hoyer or Brissett starting. You’d rather the latter was starting as the offense is much better as a whole but Hoyer targeted Ebron 12 times last week and was robbed of TD in that embarrassing loss to the Dolphins. What do I always say? Follow the volume, and there isn’t much more volume than a tight end getting 12 targets. 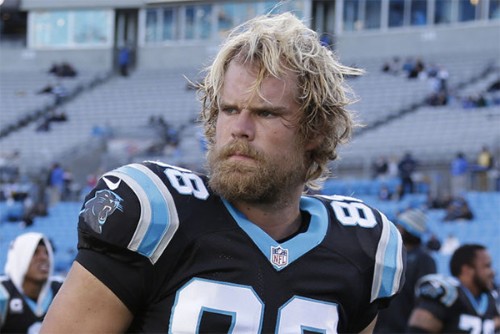 I picked Greg Olsen’s big game in week 2 and excluding last week he’s been held to under 10 points in every game since. I see a big day here against the Falcons with Kyle Allen being a QB1 and throwing for at least 1 TD to Olsen. Last week he saw 10 targets and put up 18 fantasy points, that raised his price by $300 to $3,900 but against the Falcons defensive unit he’ll still be worth it. If I can pick Olsen’s big game again, I must be some sort of savant. 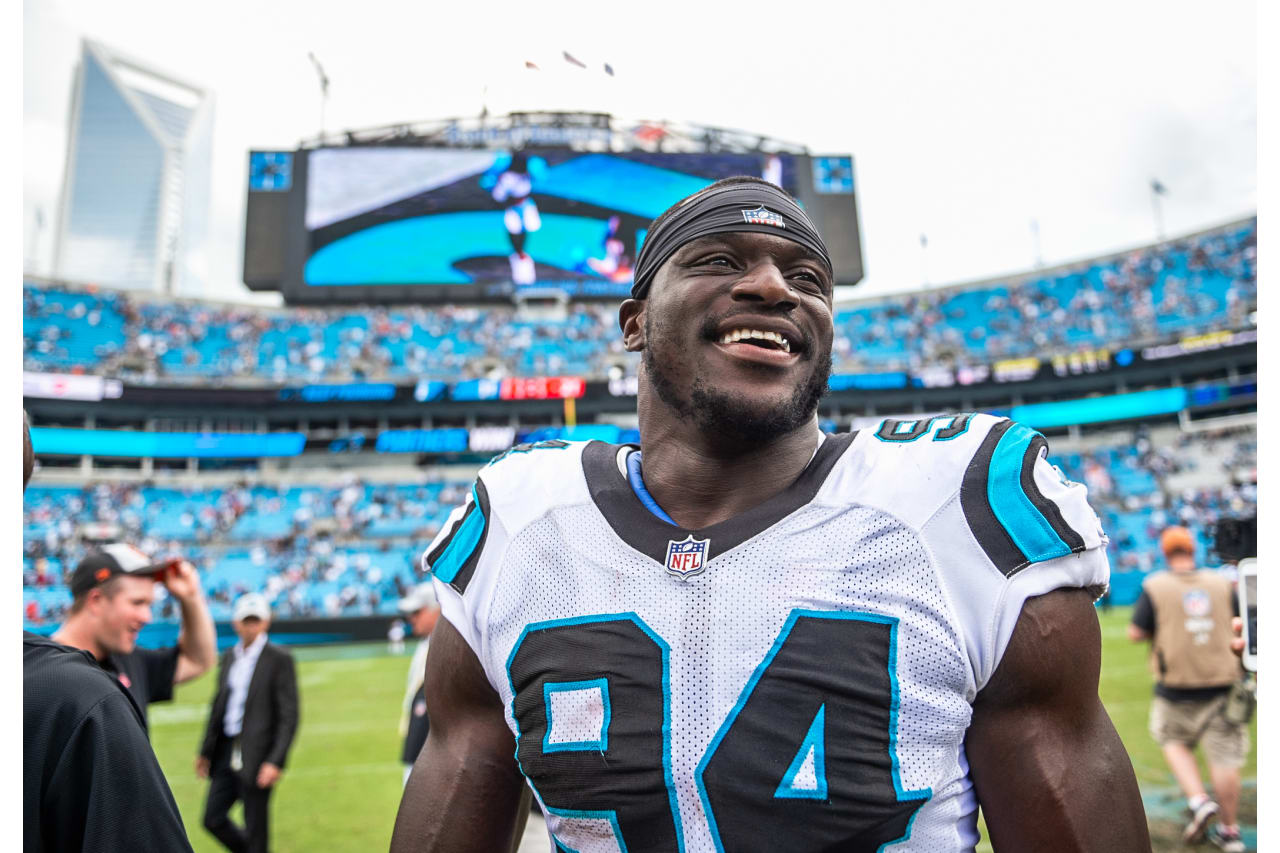 I think some people still believe the Falcons offense is a juggernaut, but it is far from it and the $3,000 Carolina defence could have a feast this week. The Panthers are playing some great defence to support Christian McCaffrey in single-handedly winning games. They are first in sacks per game, third in turnovers per game and third in opposing passer rating. This matches up well with the Falcons who have the fifth worst pressure rate and fifth worst in turnover percentage. Add in the Devonta Freeman injury and it just looks worse for Atlanta who, somehow, just beat the Saints. 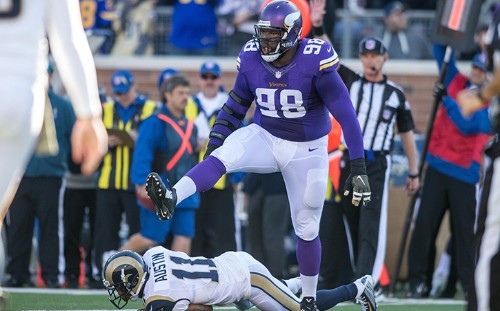 The Broncos and rookie QB Brandon Allen might have showed they have some promise against the Browns defence, but I can see that changing pretty quickly against the Vikings defence and you can pick them up for the more expensive price of $3,500. The Broncos still have a terribly shaky offensive line which should allow Everson Griffen and Danielle Hunter to terrorise Allen all night long. They are without top run stuffer Linval Joseph so the Broncos might find points on the ground, but that secondary is talented enough to take advantage of the constant pressure from the defensive line.

QB Sam Darnold $5,700 [email protected]: Not been the best since coming back from injury but has a grade A matchup with Washington this week.

RB Christian McCaffrey $10,500 [email protected]: He may have started slow last week but finished with 30 points, same as every week, find the money for him.

RB Derrius Guice $4,700 [email protected]: When healthy, he’s looked explosive. Even against a tough NY front he should have opportunities with Haskins starting.

WR Deebo Samuel $4,000 [email protected]: Significant uptick in usage recently and more so with Sanders out. Cheap enough to be a good pickup, even if Sanders plays.

TE Ross Dwelley $3,400 [email protected]: If Kittle is out, this could be the play of the season. The Cardinals can’t cover tight ends however, he is yet to do anything this year.