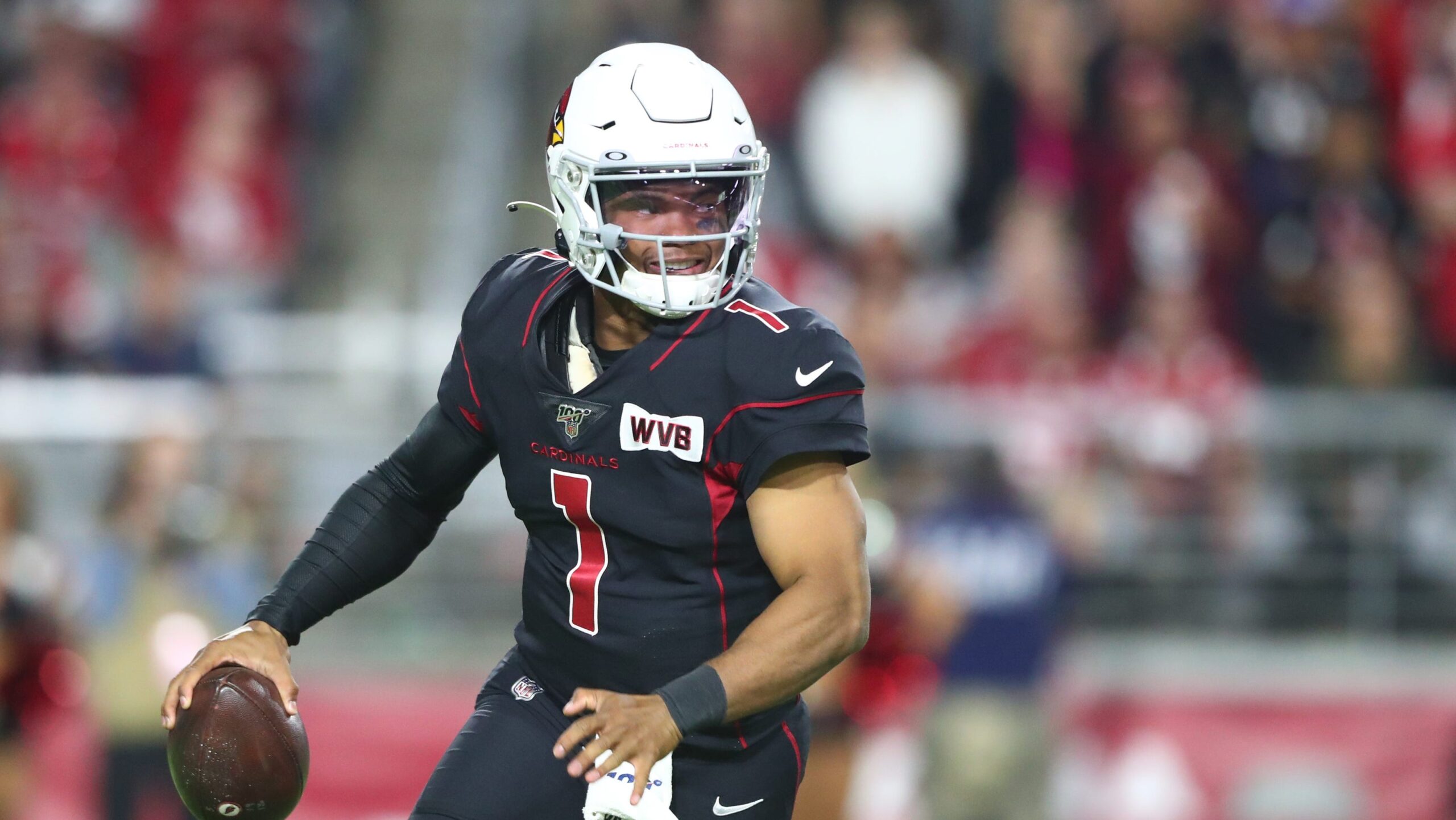 We all know that Kyler Murray is going to be great this season and he’s been in the top five rounds in fantasy drafts but in DFS it looks like people might be shying away for a little while. I’m guessing it’s because he faces the big, bad 49ers defence, the same defence who gave up 20+ fantasy points to Kyler in both matchups last season. Given the Cardinals upgrades on offence and the 49ers lack of upgrades on defence, I can’t see this going any other way than a big fantasy week from Kyler. That 47.5 over/under won’t just be coming from the 49ers and their hobbled receiving corps, always keep an eye on Vegas. 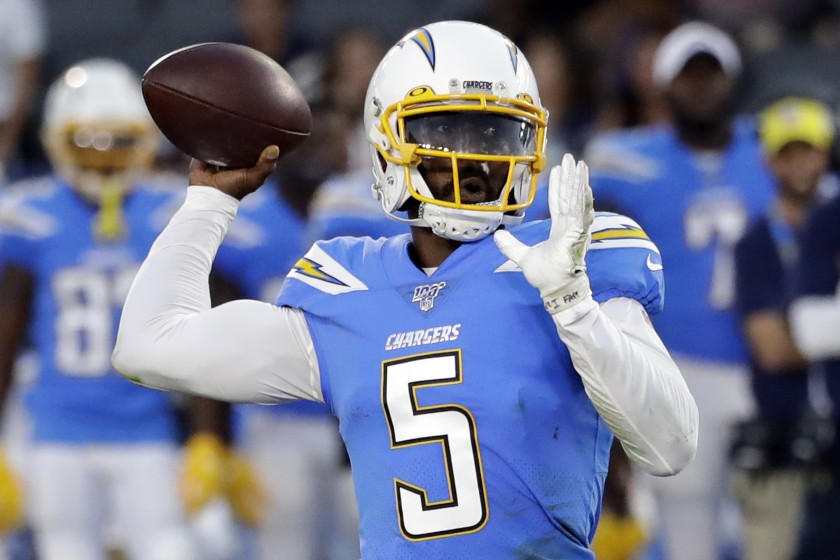 While Tyrod Taylor has been named the starter for now, we’ll see how long he can hold off Herbert, but that’s the beauty of DFS, he’s starting this week and that is all that matters. His price is about the best you’ll get for a QB in week 1 and he could have a good week against this Cincinnati defence. You may have forgotten that Taylor is actually a very effective runner, probably more so than he is a passer, and in 2019 the Bengals gave up the most rushing yards to QBs (probably because they had to play Lamar Jackson twice.) Now to be fair to Cincinnati they actually tried to update their defence this season but their big time signing at corner is out for a while and I’m not sure DJ Reader will be much of a factor in this game. 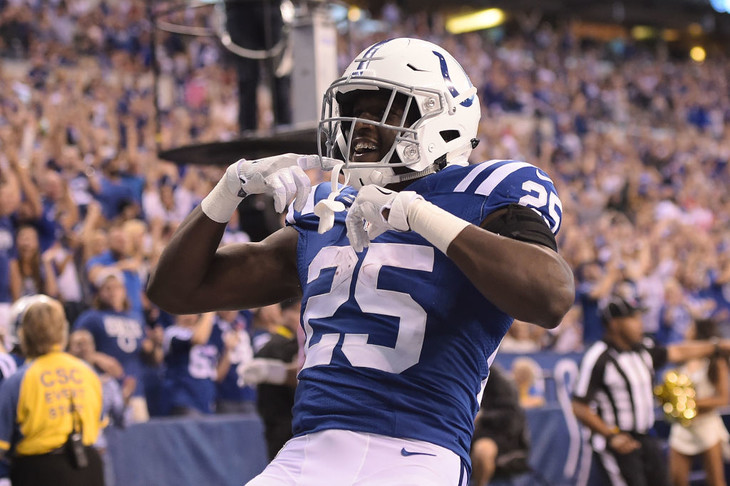 I’ve taken slack from everyone for my love with Marlon Mack but I will back him until he loses the starting job (probably about week 6.) His week 1 matchup looks juicy against a Jags defence that was effectively ripped apart this offseason when they were atrocious against the run in 2019. It got to the point in the last 5-8 weeks of the season that two running backs on opposing teams were picking up 10+ fantasy points. So until the Jags prove to me they can stop the run, I will target them without mercy. Not to mention that the Colts have one of the best offensive lines in the league. 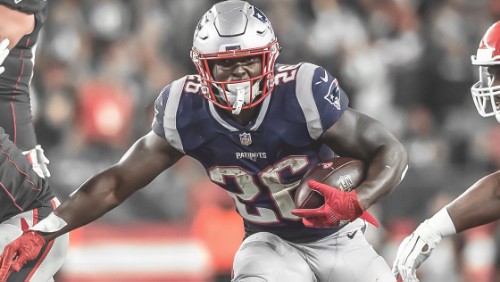 I didn’t want to choose Michel, I didn’t want to have to watch Michel…but he’s the only one left in New England and I like the matchup with the situation. Lamar Miller was brought in and released, Damien Harris was put on IR, Brandon Bolden opted out and James White is unlikely to run up the middle. So that leaves Michel, who had a very ugly season in 2019, but he was a first-round pick and he did show promise in 2018. The Patriots have one of the strongest interior offensive lines, Miami are extremely weak on the defensive line and Michel will want to put the haters to bed, and make me look smart, of course. Also remember, Miami has invested heavily in their secondary which could make it tough sledding for Newton and the weak receiving corps, which means extra reps for Michel in the running game. 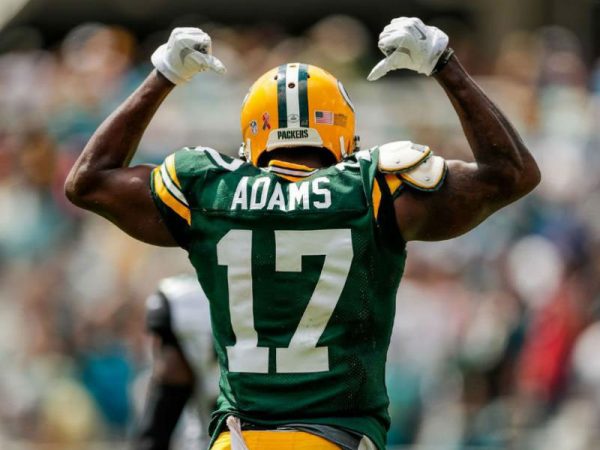 I think everyone reading this understands that Adams is one of the top-three receivers in fantasy and the NFL. However, this week, I believe Adams is a must in your Draft Kings lineup. He is up against Minnesota, a team that lost three of their starting corners this offseason and is now without Danielle Hunter on the defensive line. This is a Vikings defence that still has star power but lacks talent at corner and is shorthanded on the line, I think Rodgers eats them up on his Love-induced rage tour and Adams scorches them as he does every year (20 catches for over 220 yards last season.) He scored 7 TDs in a banged up year and his red-zone usage should make you happy this Sunday. 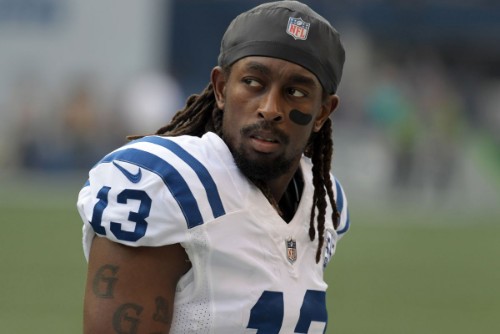 I think TY Hilton is being overlooked despite being among the league leaders in receptions since he came into the league. It could be because people don’t know what Rivers is going to be or it could just be looking past the Colts in general, However, Hilton has a quality matchup against the Jags, so surely Philip’s arm can last one week…right?! I mean if you look at Keenan Allen the past few years as a WR1, he’s had some great numbers. If Jacksonville somehow keep this game competitive (they won’t) it only serves Hilton further and you’re only spending $5800 for a high target share receiver. 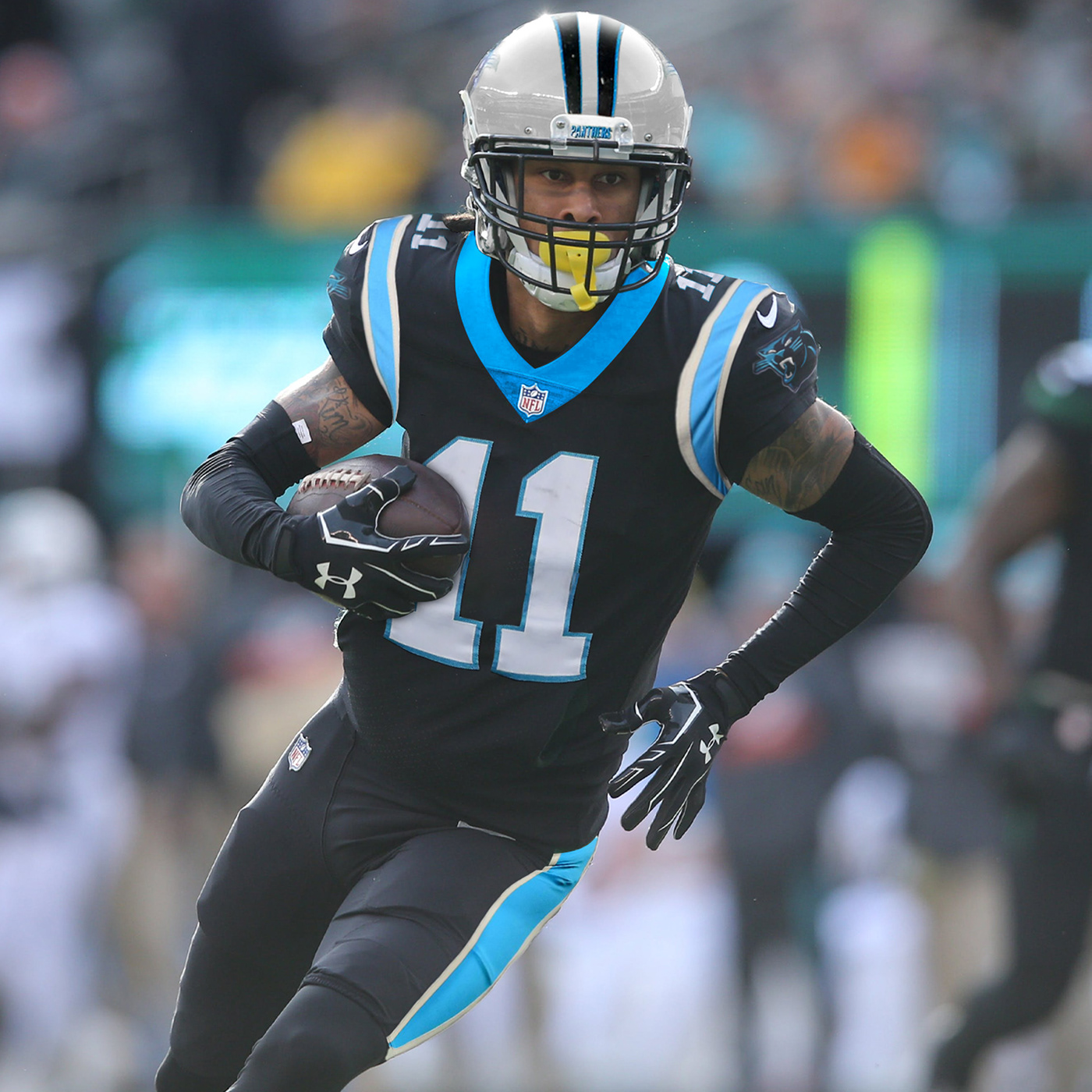 I like to give you guys one budget pick at receiver every week but I don’t really have much mystic, gut rumbling energy to go on so I’m not going to tell you to go with Cordarrelle Patterson for $3400. The Raiders tried to upgrade their secondary significantly this offseason, but they didn’t do enough so I think we’re going to see Robby Anderson burn their younger corners. Teddy B has heard all our talk about his 6 yards per attempt and he’ll be throwing bombs all day. I like the system and he’s an all or nothing player with some huge weeks in 2019. 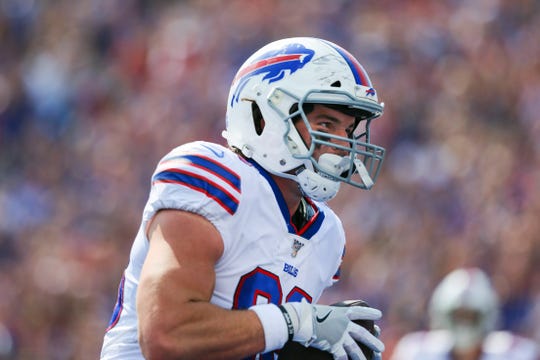 The Jets secondary was a mess with Jamal Adams, then they traded Jamal Adams. Their linebacker group had a shakeup in the offseason too and this comes after the defence wasn’t even bad for the back half of the year. I think the Jets will have to put all their focus on Stefon Diggs and John Brown if they have a hope of staying competitive which will leave Knox open underneath and down the seam. His biggest week in 2019 was 16.6 points with 13 out of 16 games being under 9 points but I believe in the young tight end to build on last season and do great in this matchup. 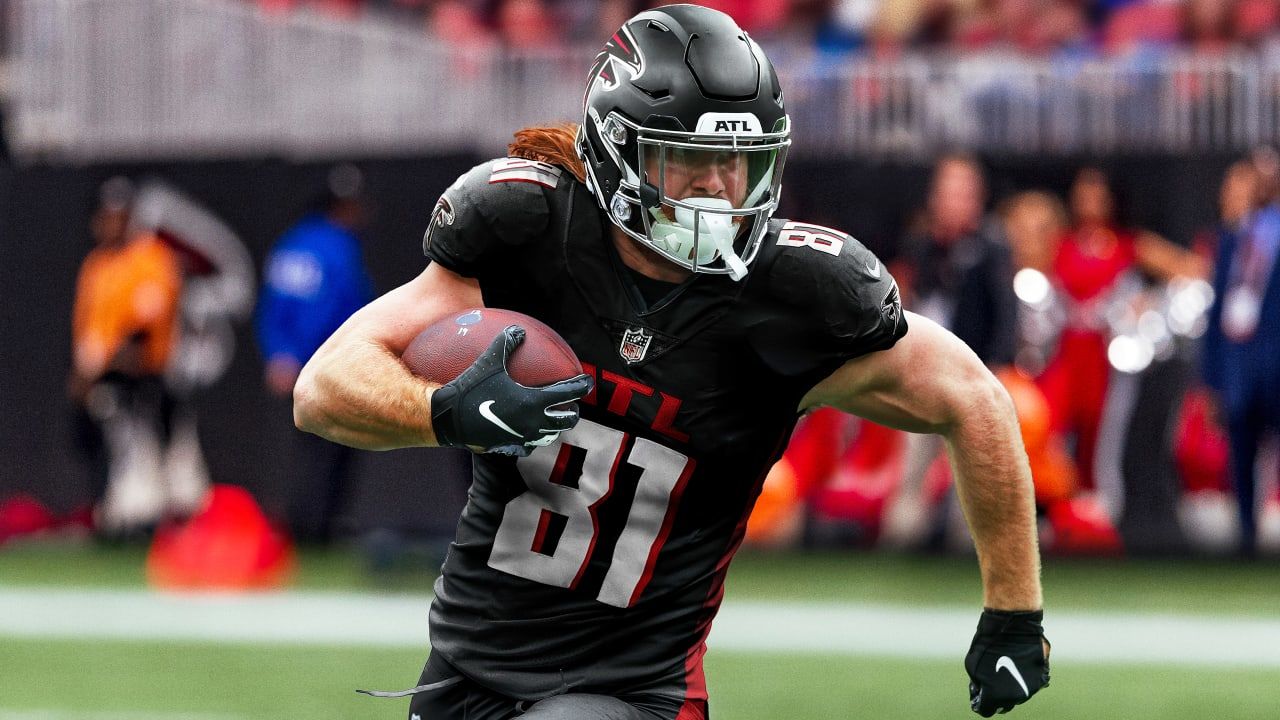 We were hit left, right and centre with stories of Hayden Hurst driving 3 hours every day to catch passes from Matt Ryan, a true offseason love story. The Falcons traded a second-rounder (which they stole from the Patriots for Sanu) for Hurst so they will be tripping over themselves to get him involved. It wasn’t like he was a bad player in Baltimore, Hurst simply lost out to other talented tight ends, it was a numbers game and Andrews turned out to be a beast. Now the Falcons have a former first-rounder that can take up Austin Hooper’s 18 red zone targets from a year ago. It’s also a sexy looking game with a high over/under. I’ll take the week 1 bet on him for DFS. 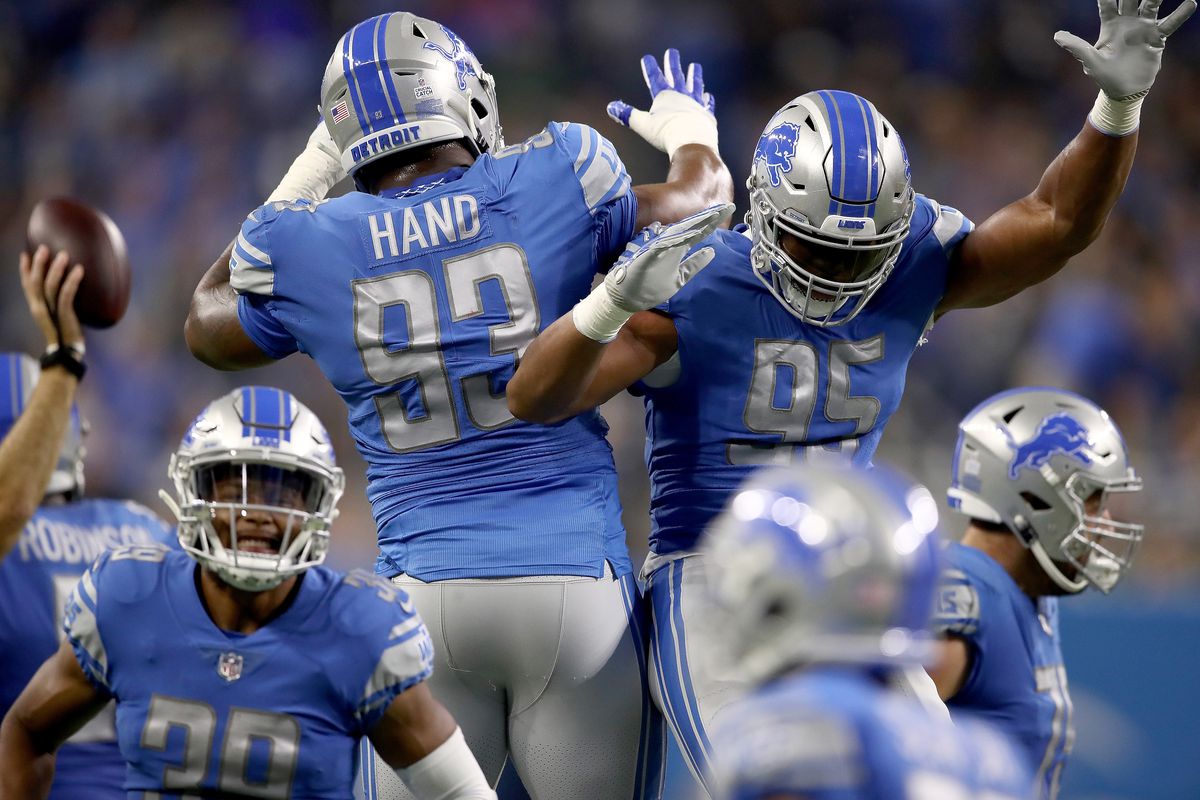 I’ll be honest, I just don’t want to spend $4000 on my defence and I don’t like too many of the cheaper options. When in doubt, take the defence that will be playing Mitchell Trubisky. While the Lions overhauled their secondary, it doesn’t look totally disgusting and they could easily take 10 or so errant passes into the endzone (at least.) Their defensive line looks like it could come together but they didn’t a season ago, so who knows. I just hate the outlook of the Bears offence and I hope Matt Patricia can take advantage.