Game of the week: In-depth preview!

It’s a battle of two second-year QBs who have had their struggles. One team sits high in the AFC and the other looks like it will have to scrap and fight its way into a wildcard spot. Two better than average defences might be the way to the win in this matchup. The way for you to win in this matchup is to enter our GOTW prediction contest and we’ll throw some merch to the winner!

The Browns aren’t having the season they hoped they would and they seem to just keep stooping to new lows. After losing a winnable game to the lowly Denver Broncos and their 6th round rookie QB, their head coach comes out and states that he doesn’t look at statistics. Mayfield has regressed horrendously, possibly due to his offensive line, make your own assumptions based on the film, but you can see his accuracy just isn’t there. Nick Chubb still looks like an absolute stud and now you have woman beater and owner of the worst apology video I’ve ever seen, Kareem Hunt coming back into the fold to take away his touches. Honestly, it’s a lost season for one of the most hyped-up teams of the offseason and if Kitchens makes it through the second half of the season, he’ll get the boot on black Monday. 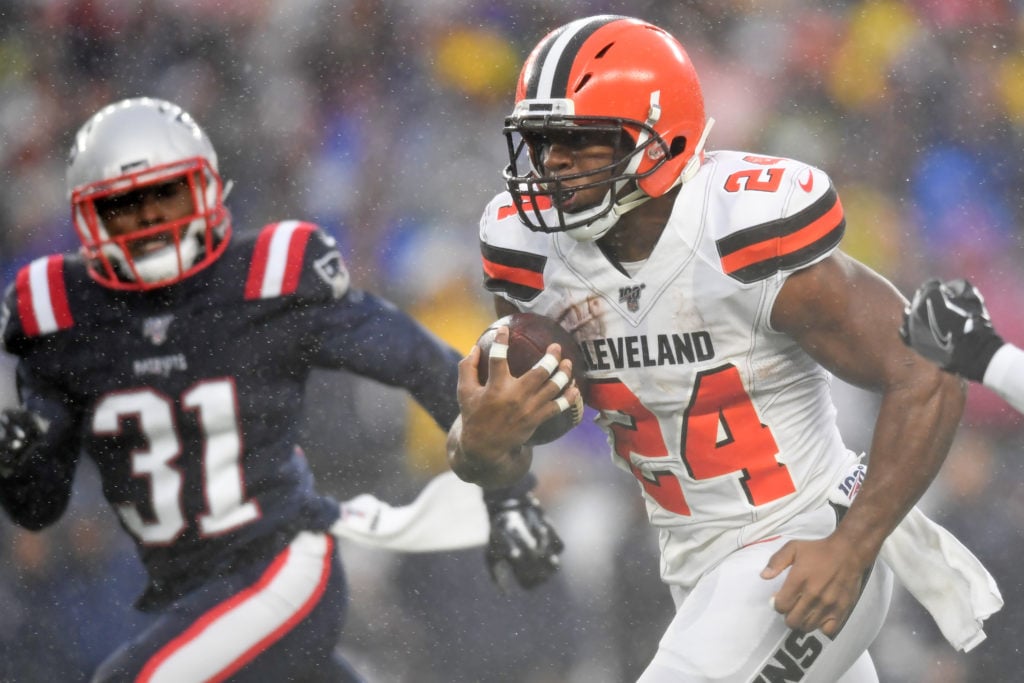 Do the Browns have any bright spots? Sure! Their defence has looked pretty good at times, Myles Garrett continues his ascent to the elite ranks of pass rushers as he continuously demolishes opposing tackles and put passers onto the turf. The Bills, surprisingly, have the leagues No. 1 red-zone offence so they will have to work hard to keep them on their half of the field. The Browns started the year with their top two corners, Greedy Williams and Denzel Ward, out for multiple weeks and when they came back I expected a big change. However, they disappointed last week and I really don’t know what to make of them now. I think we see an improved defence this week. 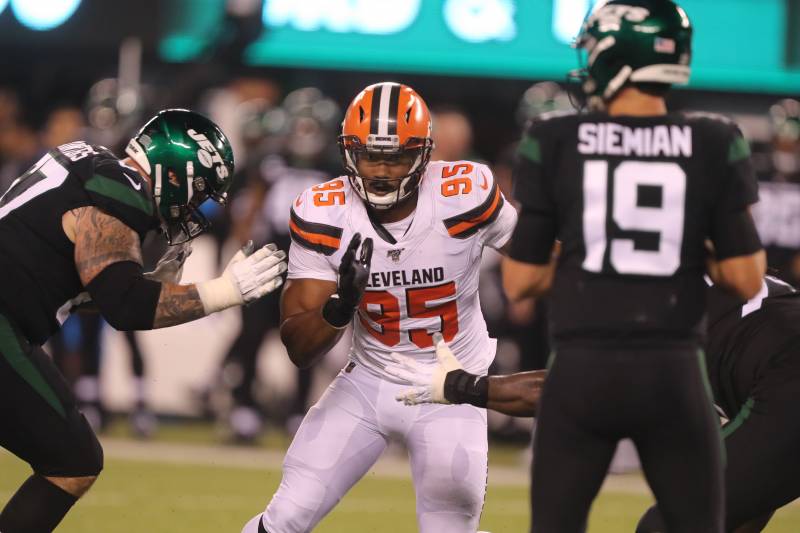 As mentioned above, the Bills come in as the top red-zone offence in the NFL. If you want a funny perspective, John Brown, the leading receiver on the Bills has more catches, yards and touchdowns than OBJ. That’s just sad and it could lead to OBJ being shown the door after just one year in Cleveland. Josh Allen has seen a big jump in his 2nd year under centre but he is far from polished. He will make a number of boneheaded plays but his athleticism is impressive. Frank Gore continues to climb the list of rushing leaders in NFL history and Singletary shows impressive burst but the staff seem unwilling to give him more touches. The weapons brought in the offseason will need to be retooled again in 2020 as this will not be good enough to help Allen win games without their elite defence. 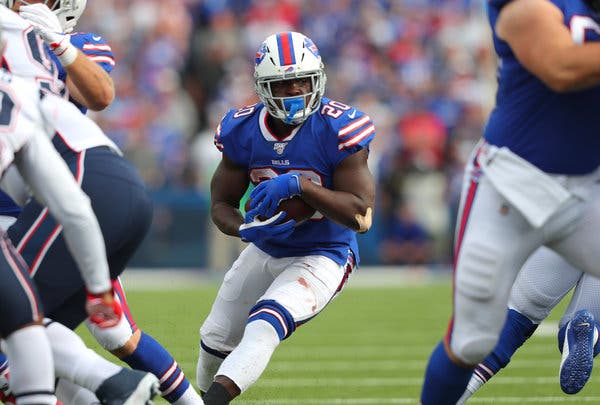 Now, talking about the defence. I think this is truly a top-5 defence. They have some elite talent in secondary with Micah Hyde, Jordan Poyer and Tredavious White. They have some studs on the line with Ed Oliver and Jerry Hughes. They don’t have any slouches in the middle and it is overall a very fast and nasty defence to play against. Sean McDermott does an excellent job at disguising blitzes and it causes a lot of hurried throws. You’d like to see a few more sacks and turnovers but incompletions and pressures can often have more of an effect than you would think. Against the Browns who are letting up over 3 sacks per game, this one could get ugly quickly.

I expect the Browns to struggle but Chubb could have another great game as long as this idiotic coaching staff doesn’t halve his snaps to spice it up with some Kareem Hunt. We’ll see how long Cleveland can hold on but I think Buffalo will continue to push New England for the top spot in the AFC East. See you all next week and good luck!