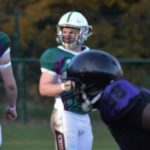 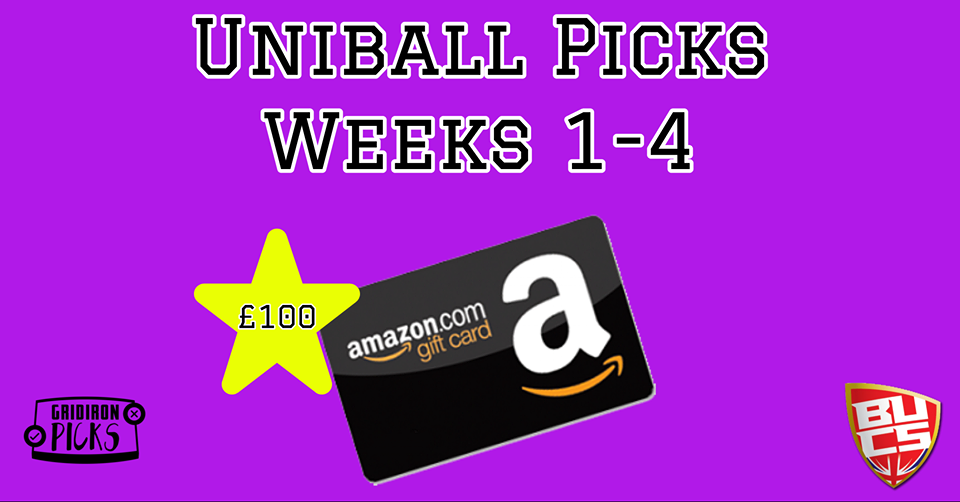 Our 4 week long Uniball Picks contest came to a close yesterday. During that period a total of 201 people tried to pit their prediction skills against each other for the promise of one of the biggest prizes we've handed out to date (remember when we gave a car away?).

Each correctly predicted result earned the participants a single point, at the end of the 4th week these points were added up to reveal the winner. To that winner goes a £100 Amazon voucher.

Well, rather hilariously, the winner is none other than Gridiron Hub's resident Strength and Conditioning Blogger - Jordan Metcalf!

From my own point of view, its actually nice to be able to hand over something of value to one of our contributors as everyone is involved in Gridiron Hub on a voluntary basis at present.

Although I am keenly aware that there will be suggestions that this was an inside job and a 'fix', Jordan won the contest fair and square.

Don't worry, this isn't the last contest we will run so you'll have plenty more chances to bag yourself something in the future. 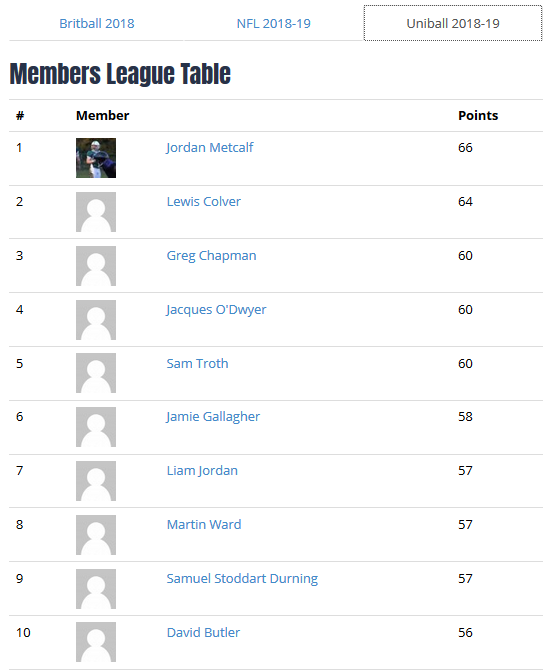 Please visit the below link to see the full table: 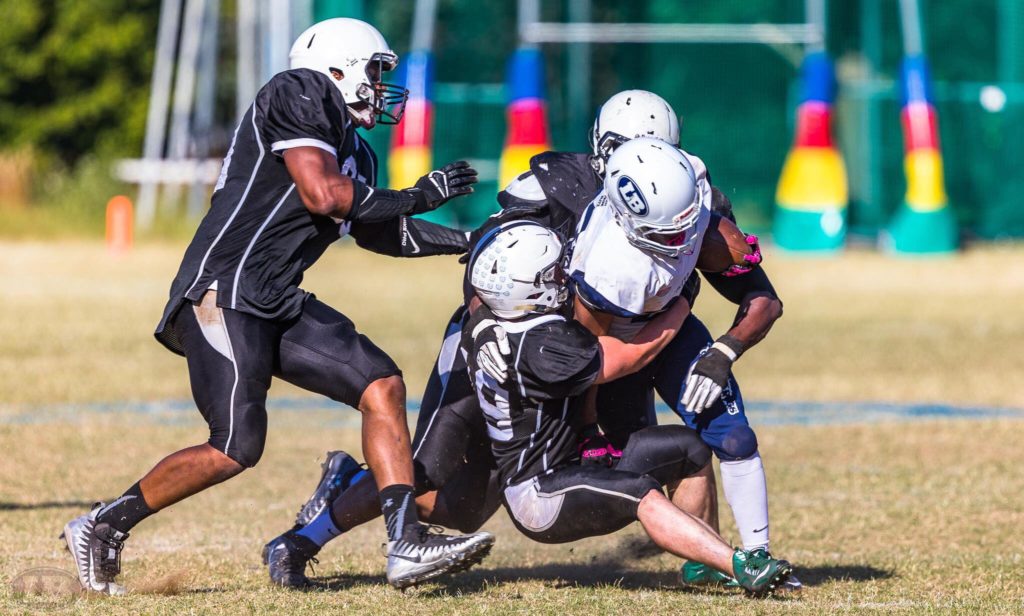 Jordan is a current Britball Champ as he plays Safety for the London Warriors. 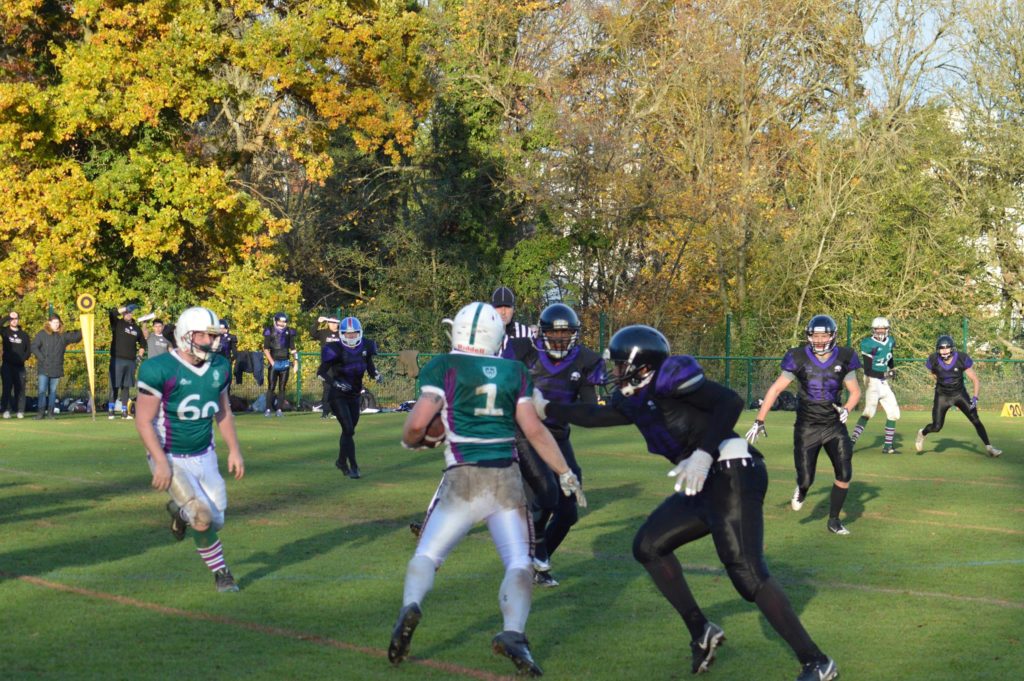 He also coaches at Royal Holloway having played for them last season. 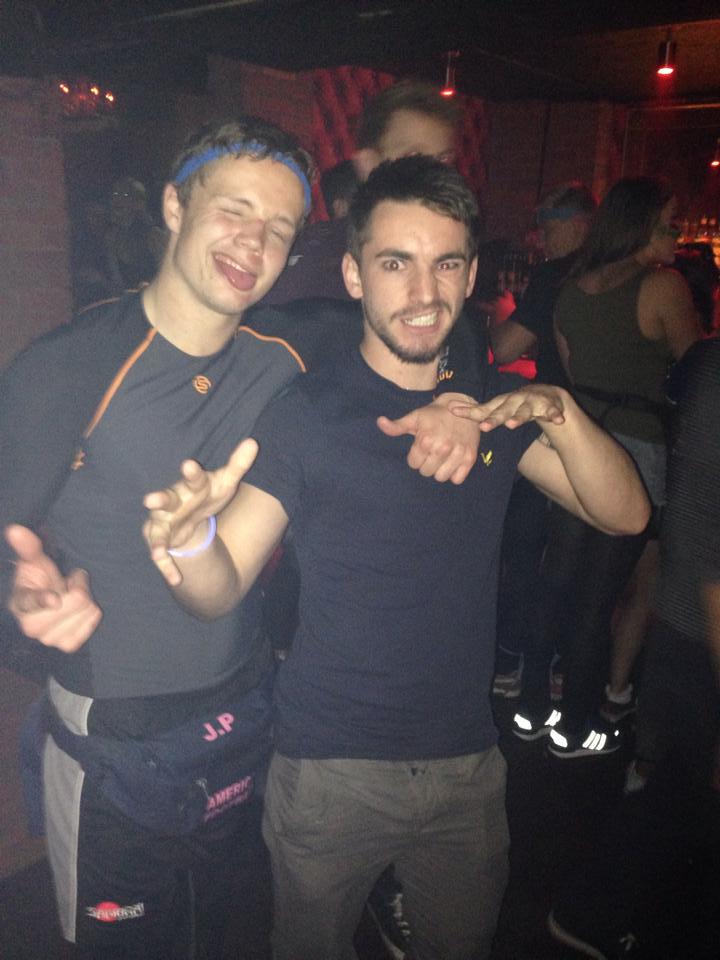 Here he is on a night out with his chums. 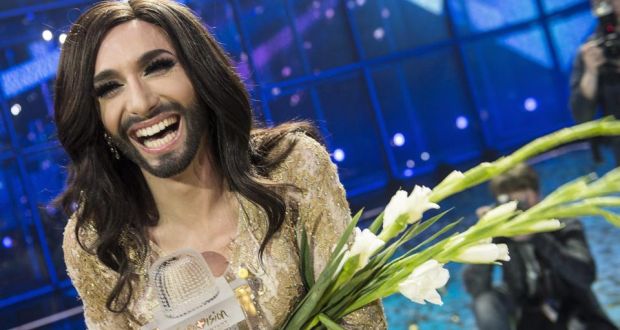 Perhaps Jordan's greatest achievement to date was when he won the Eurovision Song Contest back in 2014.

Please take the time to enjoy some of Jordan's fantastic work.

Wanna get involved in the Podcast? contact Moose on podcast@gridironhub.com

It's nearly 5 months to the day that I stepped down from the position of Head Coach at Bournemouth University, and it's taken me just as long to get my head straight, my courage up, and my writing focused enough to actually 'pen' this post.

Let me first say that I do not blame the team for my choice to leave, nor do I have any bad feelings towards the team; I'm actually really excited to see how they fare going forward, and wish them all the best for the upcoming season.

At the end of the 2016/17 season I was massively affected by burn out; I'd had a really tough year, travelled literally the furthest I'd ever travelled for the sport, was over worked, under thanked and completely shattered. I nearly packed it in then, but couldn't bear to let what I'd done so far go to waste, so I did what every person does and carried on doing what I was doing, for a team I love, in a sport I was gradually beginning to hate coaching. 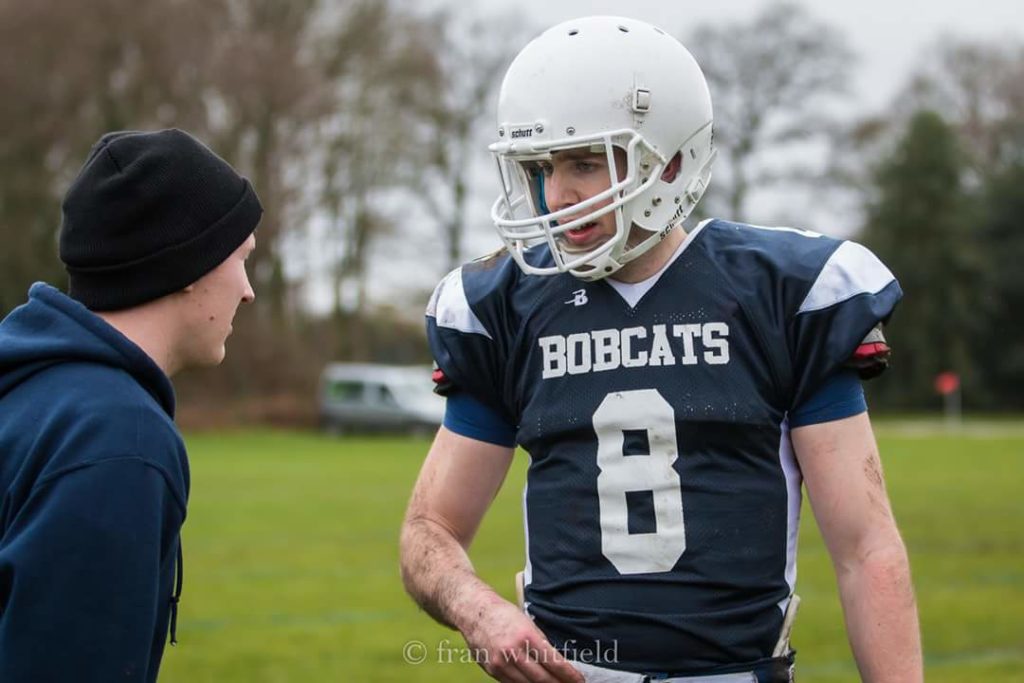 I loved coaching, I love seeing the excitement of someone catching a ball for the first time, scoring their first touchdown in practice, getting a sack for the first time or an interception. I genuinely still do love those things, but the amount of time, effort and investment that I was putting in, and lack of results was starting to wear thin on me.

It put doubts in my mind; I found myself thinking "Am I doing the right thing?", "Am I a good Coach?", "Am I a good enough leader to drive this team forward?", "Am I a good person?", after each loss, each game scoring less than 12 points per game, each time I saw people putting their bodies on the line week-in, week-out, and the fact that I was in charge and there wasn't the results we needed, quite literally depressed me.

I was gradually burning out, my passion for the team was outweighed by thoughts that I wasn't good enough to even put the whistle on each week, and I was stressed out by it all.

So what did I do?

I did what every male aged 18-40 who is struggling with their mental health; I carried on. 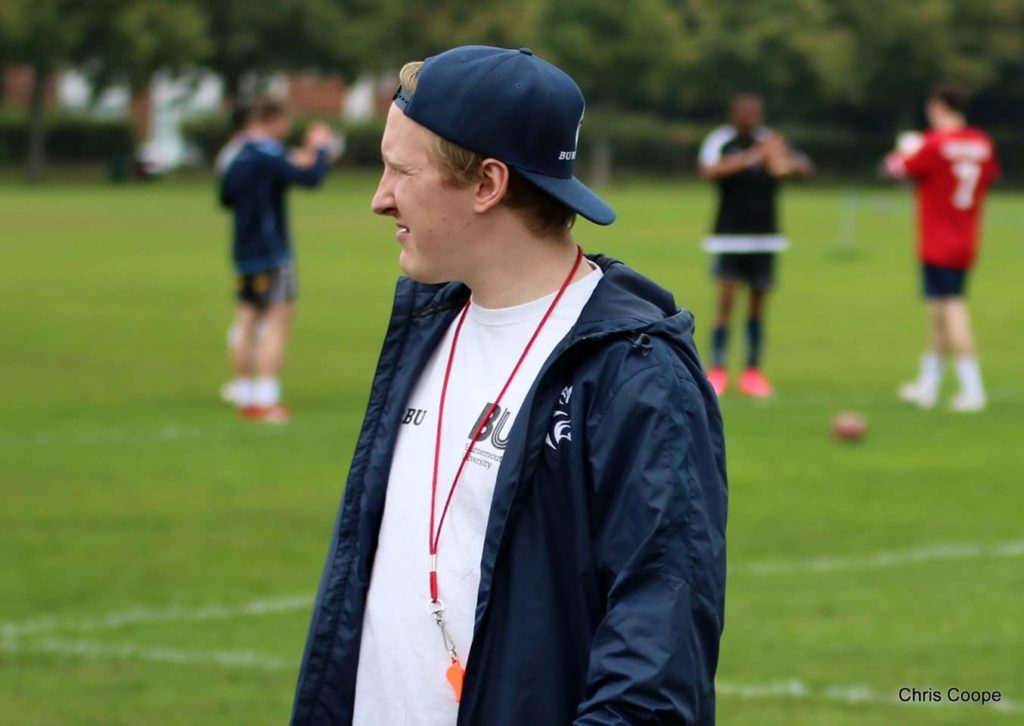 Then out of nowhere, the 2017/18 season began. I immediately turned my focus off of what I was feeling to keep driving the team forward. I got caught up in the hustle and bustle of starting the new season, getting the freshers in, teaching them football 101 and helping them find their position within the team and started on looking forward to the future. I'd brought in some coaches who I trusted to help me try to run an offense that matched the levels of athletes we had on board, but it was all for nought. I felt the weight of my own doubts hit me like a brick wall after our first loss to Oxford Brookes, I can honestly say that I'd never really felt the weight of how I felt that night before, and it continued to build on me.

I felt compelled to push for results, knowing that a lack of results would result in me beating myself up, my friends roasting me in the group chats, and my self-confidence in what I was doing shrinking by the moment.

I'd lost who I was over the years, and who I was, became a loser, a failure and nowhere near who I actually had the potential to be.

I felt compelled to lead by example, whilst knowing inside that it was all a complete farce, and that each night I'd go home and think "I'd rather die tonight than go to practice this week".

The winter break came and went, and I thought about what we were doing as a team on offense; we struggled to move the ball consistently and effectively, and were scoring 6 points per game. I enlisted help. 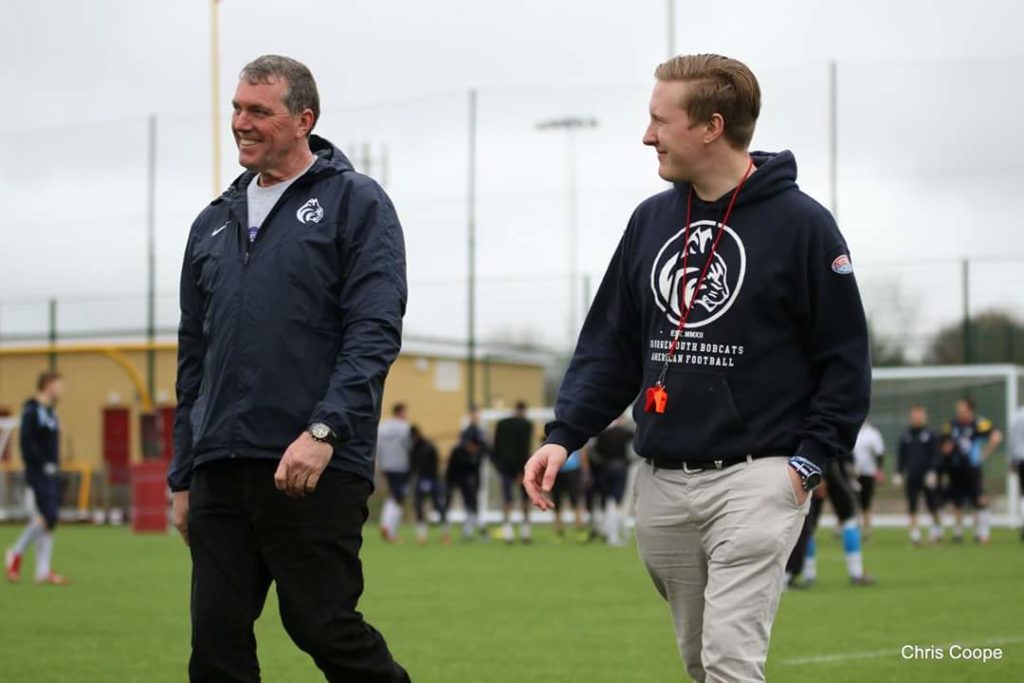 I actually contacted David Saul; Head Coach of the Potsdam Royals Jugend program, occasional scourge of BAFA, and someone who's become a close friend since; told me in a very "Saul" way that I knew that I was doing wrong & needed affirming, and graciously gave me enough knowledge and understanding of a scheme that I  could give to the team and use to score points. I felt inspired on the surface, but in reality it was all a plaster over what I can now see as a huge issue for my own well-being. We installed it; with some growing pains, but lost every game we played Post-Christmas.

I was having fun scoring, but the fun went away when I looked at our record; when I remembered the amount of time I was putting in, and the constant thought that "We as a team are losing because I am not good enough" replaying over, and over and over in my mind.

You see, when your team becomes your life, and your team is losing, you're really just using all of that losing as fuel to be self-abusive.

I thought about killing myself every single day in February.

It came to the end of the season, we were 1-6 with our only "win" coming from a forfeit, and I was thinking forward to the next season. The committee of the team and I had discussed the role becoming paid, and this looked set to happen, however we had to wait until after the AGM for the new committee to be appointed and in place to meet about it.

I offered to continue coaching the team until varsity, and formally resigning in order for the role to be re-advertised to the coaching community, and to interview for the role as a paid role, and an off the cuff comment was made about "searching outside for quality coaches", before interviewing me; which from a business sense is totally logical. The results achieved under my leadership were less than satisfactory, we didn't do well in games and the team wasn't progressing the way it should.

But in my head I was spiralling downwards; I'd put so much into this team, I'd literally sacrificed my career, my social life, and nearly my relationship for the past six years, and in my head a response like that literally confirmed everything I thought to be true. 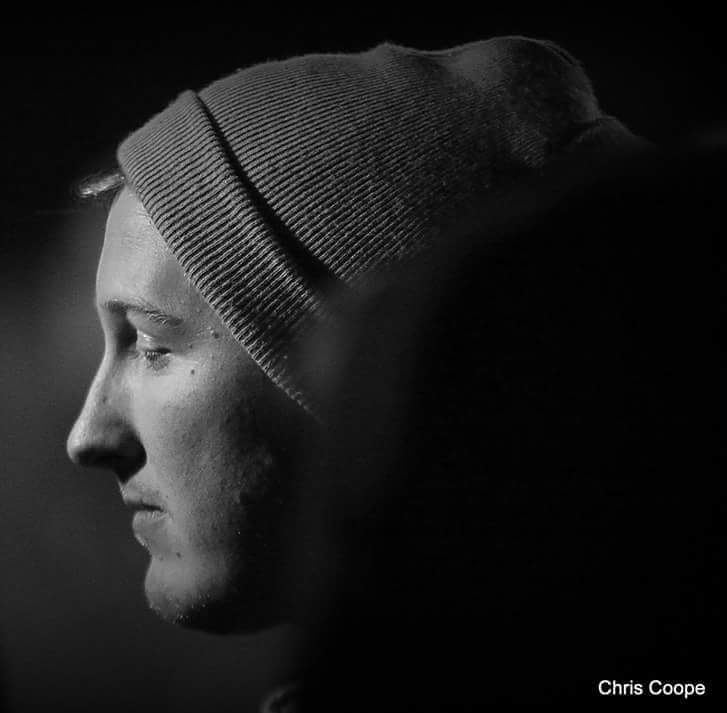 I spoke to my girlfriend about it, who told me the truth when I needed it the most. I was not in a good place, I did not need the team, and the team was the reason that I felt the way I did about myself. I needed help, and I needed space. So I quit being the Head Coach of the BU Bobcats that evening.

I handed in my notice, and if I'm honest, I felt like part of me had died that moment, then prepared for the onslaught of questions about why I quit. No one got the truth, a lot of people got blamed, but the core reason was that it was either I'd harm myself, or be able to actually live my life.

So I got help in the form of taking time off; talking to people about the way I felt, and actually for the first time in 6 years, enjoyed just 'being' in that moment. I got to spend time with my girlfriend and dog, and processed everything that happened over the past few years; the highs, the lows, and the really, really, really low lows of losing to Aberystwyth 2-0 in Aber after a 6 hour journey to get there, but that's really not the point of this post.

The point of this post is to tell you not to do what I did, not to carry on doing something that is harming you because you feel obliged to, or that you have a duty to, not to sacrifice anything long-term; like time with your loved ones, because it will hurt you, you will feel the pain, and you will need someone to talk to. 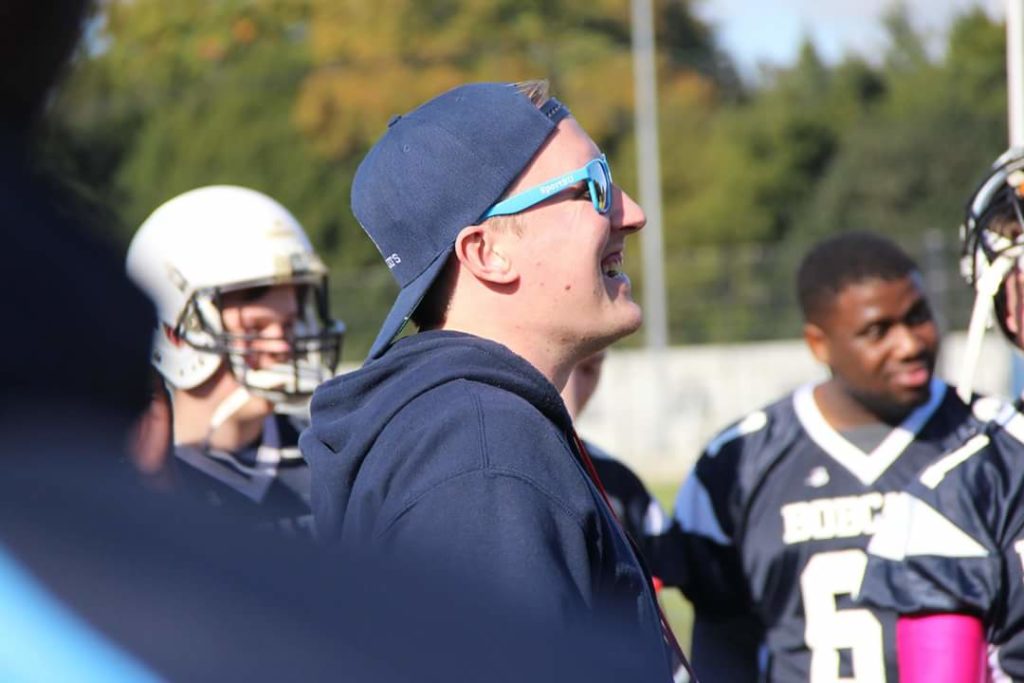 It's time to talk about mental health, it's time to be open and honest about how this sport affects us, and you need to be honest with yourself when the weight of the world is on your shoulders.

It's impossible to feel fired up about something without fuel. We've all felt burned out at some point, and if you are, talk to someone.

There's tons of support out there, through incredible organisations like Samaritans, your local mental health support systems, and just doing something as simple as going for a pint with your mates, or other coaches; they've probably been there too, and will give you some great advice.

We're in this together, don't do it alone.