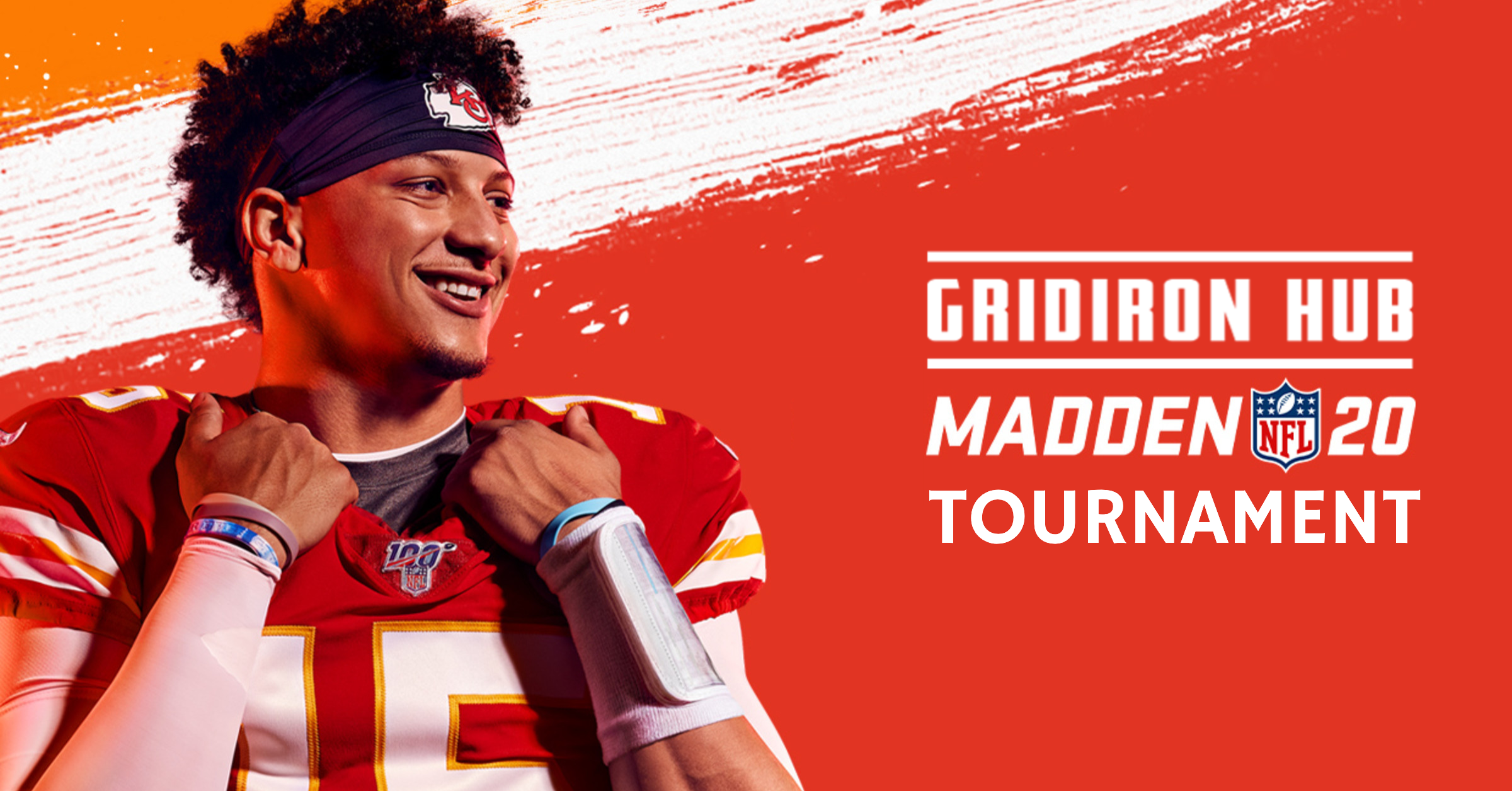 We are running 2 tournaments, one on Xbox and one on PS4. Similar to the FIFA World Cup format, we will start with a group stage, then move into a Playoff.

Fixtures, Groups and Playoff structures can be found below, details on fixtures to follow.

We will be streaming some games and will provide more info on this once we have details finalised.

Top 2 from each group will qualify for the bracket. First-round byes will only be granted in a situation where the bracket would not have 8/16/32 players. The bracket will be adjusted and finalised when groups are confirmed.

Games will be played on the All-Pro setting using the “competitive” option. Quarters will be 6 minutes long. Players can pick whichever team they want, but once that choice is made and “submitted” in their registration form, that is who they must play as for the remainder of the tournament.

All non-live-streamed games will be open for the players to make their own arrangements to play. If the games are not being played fast enough a date will be set for when they need to be completed by, if they aren’t completed, the tournament will be advanced to the bracket regardless of whether everyone in the group has completed all their matches.

For the bracket – As the top 2 from each group advance to the bracket, we will first seed the group winners using win %, then avg. points difference, then avg. points scored, then avg. points conceded. This will then be done for the teams finishing in 2nd place in their group. If players still can’t be separated, they will play 1 game to determine the higher seed. Obviously they are then sorted into their matches (highest v lowest, 2nd highest, v 2nd lowest etc).

In the event that there is a 3-way tie within a group, we will take the results of the games between those 3 players, using h2h, then points difference across those games, then points scored, then points conceded. If they are still not separated, we will use the same process but against the remaining teams in the group.

In the unlikely event of a 3-way tie occurs when determining bracket seeding, they will be sorted using total points difference against the highest-ranked remaining player in their group, then the 2nd highest ranked and so on until they can be separated. If they still can’t be separated, they will play a mini-tournament, consisting of 3-minute quarter games. The ranking of this mini-tournament will determine seeding.

A ‘no-nonsense’ approach will be taken by Gridiron Hub with reference to any rule or matter listed or not listed, Gridiron Hub’s decision is final in all instances. 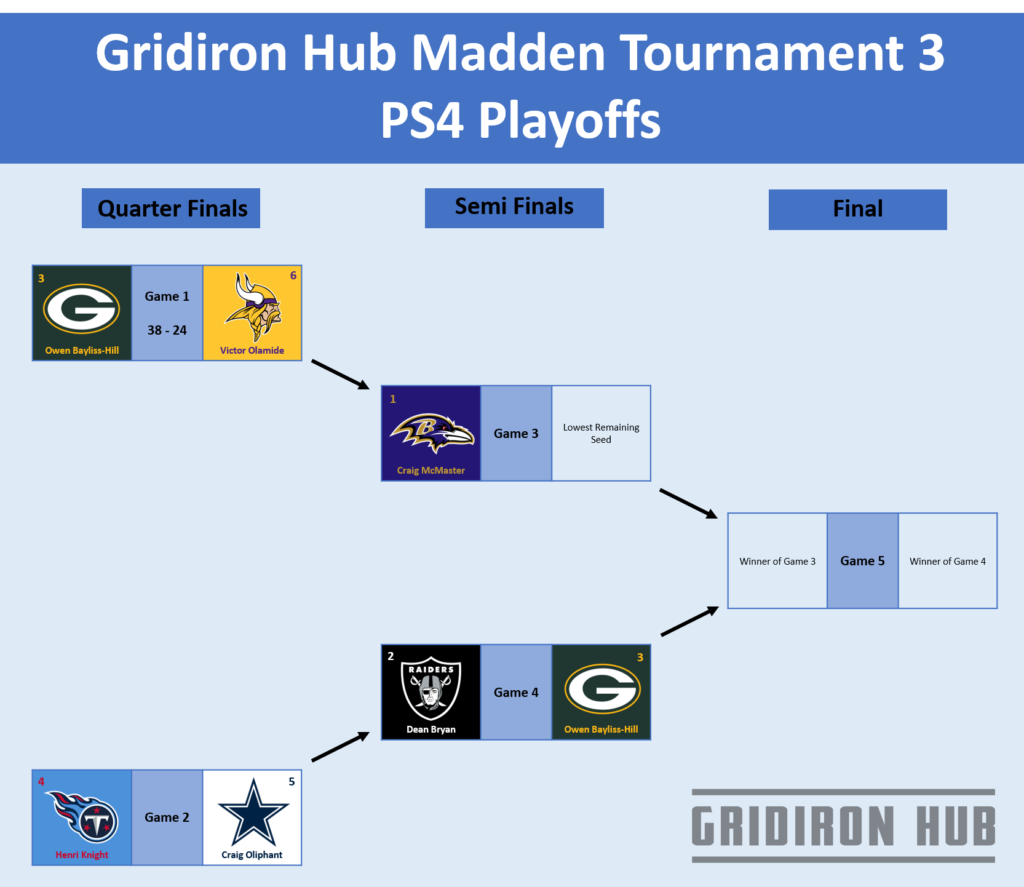 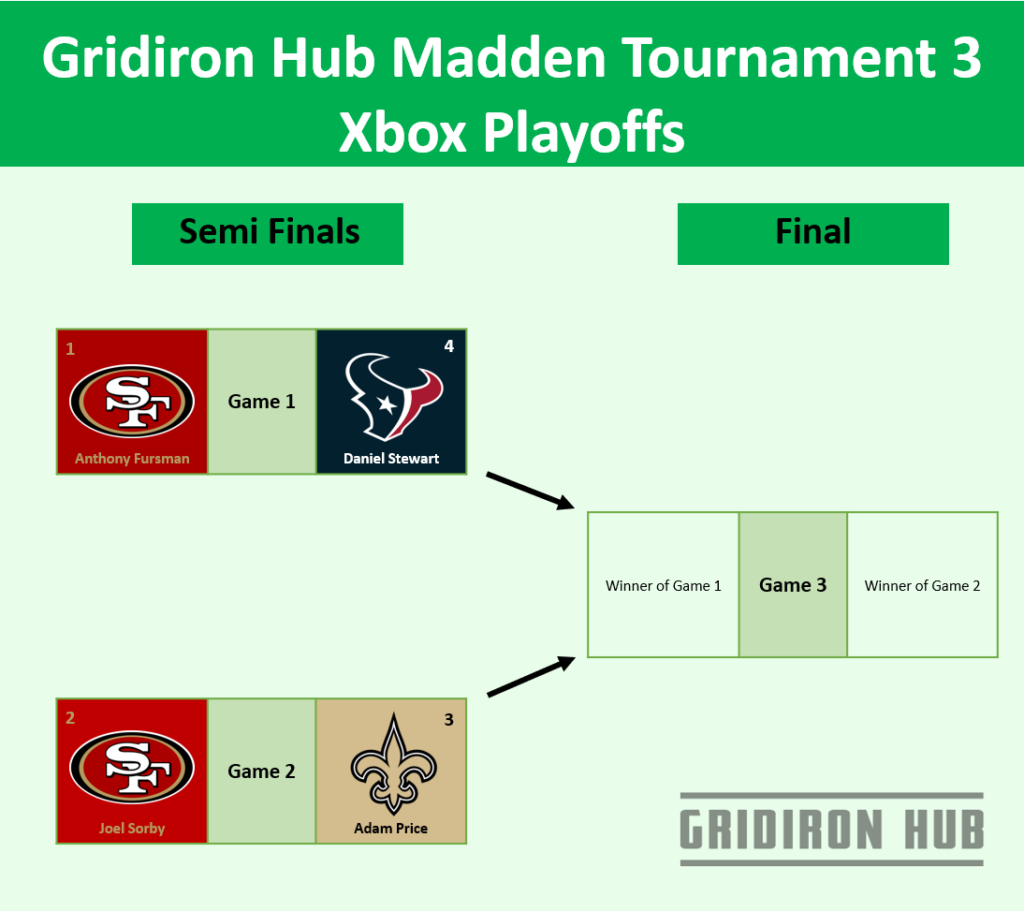