Hi! My name is Alex Ferrari. I’m 24 Years old and this is my story.

How It All Began

I was born and raised in a small city in Northern Italy called Bolzano.
Bolzano is famous for it’s food and beer. It’s also home to the oldest Mummy in History (Ötzi).

I grew up in a mixed language family. My Dad was an Italian speaking Football Player, my Mom a German speaking teacher. My sporting career was a wild journey across multiple sports, ranging from Soccer and Tennis, to Handball to Basketball. But, I just couldn’t find the right spot for myself in any of those.

My Dad played as a Linebacker for the Bolzano Jets/Giants for many years and wore the number 53 jersey. His brother was a Cornerback at the same time and I heard many stories growing up about my Grandmother washing their dirty jerseys for hours, especially after muddy games.

I was a rather chubby kid, not athletic enough at any of those other sports. So, in 2009 at the age of 15, my Dad decided to bring me to the Football Field to watch a game of the ‘Giants Bolzano’.

It was a Saturday evening and the Giants were playing one of their home games during an incredible season for them. They later went on to win the National Championship.

I still remember walking into that stadium, struck by all those flashy lights, the big bodies moving so fast, the noises of two shoulder pads colliding. You could sense the adrenalin in the air. Little did I know that this field would become my second home.

After talking with the Coaches, (most were his old teammates), my dad brought me home and later that night, I was still impressed by what I saw on that field.

So my football career began….and it was horrible.

I remember shopping for protective gear but I just felt naked on the field, not knowing anybody and being a German speaking kid amongst mostly Italians. And I was chubby, real chubby.

At first I hated it. Coach had us running for hours and doing push-ups then running some more. For the first period I was called “99”. Nobody knew my name, but I was wearing an old practice jersey my dad gave me which had a giant orange 99 written on the back of it.

After some time I made friends with the other boys. ‘Costa’ ,’Capo’, ‘Mais’ and ‘Damiano’ amongst others. By that time, my new nickname was ‘Burchino’ because I always wore a black ski mask under my helmet. Bolzano can get real cold in the winter…freezing cold.

We went on to lose the u16 Championship final that year, but I started liking football more and more.

A Spark Of Hope

I began playing Defensive end while occasionally playing Offensive Tackle. But as time passed, I started getting in better shape physically, and practice after practice I was getting better.

At the age of 18 I was brought up into the U21 team and selected for a National Team camp. Unfortunately, I broke my ankle running a timed sprint at the Camp and didn’t make the Team.

That injury kept me off the field for quite some time, but I always followed my team from the stands.

I started to really lose interest in football during those years. I was having a rough time of it because of a family situation and school problems. Eventually I ended up being transferred to another school and stopped practicing altogether.

In 2014 I came back to football and it was the best decision of my life. My body had changed quite a bit. I started going to the gym and practicing with the senior Team. Daniele Rossi was named Defensive Coordinator and that changed everything for me. I had only ever heard stories of him and how he was the Linebacker coach of the National Team and a brilliant Football mind.

That year I saw very few snaps. I was playing as a backup Linebacker and Special Teamer. I couldn’t argue with that because our Linebacker squad was filled with quality players. ‘Dedo’, ‘Puntar’, ‘Erioldi’, ‘Gallina’ and ‘Della Bernardina’. All five of them were National Team Linebackers and I tried to learn as much as I could from them.

I worked hard and even finished in the top 5 for tackles that year, just from Punts, Kickoffs, and getting as much out of the reps I could.

The next year I was finally named a starter and Coach Rossi switched me to the Outside Linebacker position. Best choice ever. The following two years my effort skyrocketed, along with my enthusiasm.

That same year, I ended up hurting my MCL in the last regular season game against the Seamen Milano. I did everything I could to speed up the healing process, pushing and pushing the rehab. I only missed one Game.

We won the Semifinal at home against the mighty Parma Panthers (National Champions 2010-11-12-13) with 5 interceptions and 21 Points scored on Defense but I didn’t have any real impact on that game. I was limping around the field, but I was still out there with my brothers. We went on to the Superbowl and lost against the one man army, Rhinos Milano. They finished the season with a perfect score but had one of the best Runningbacks Italy had seen in many Years. ‘Nick Ricciardulli’, who ran all over us.

We showed up at the Finals with a 25 man roster against a team of 60, but that’s normal in Bolzano. We do it Giants style, few but good.

Sleep? What Is Sleep?

When people look at me, most see a young guy jumping around the field with that long hair flying everywhere and being way tooexcited. Always wearing new gear in practice, showing up on Gameday with the most accurate and selected outfit you’ll ever see, spending hours to decide the ‘Gameday Swag’ (just ask Brian ‘Bruno’ Michitti about this one) and posting football pictures, always tidy and smiling on social media.

What they don’t see is what’s behind all the sunshine and rainbows. Since the first days of playing senior football I’ve been studying at the University of Bolzano with impeccable attendance to all my classes while working at night as a Bartender in different clubs. My usual weekend (Thursdays-Saturday) schedule includes 16 hour classes, 3 hour gym, 9 hour practice and 19 hour work shifts followed by a Football Game. Welcome to my world.

What A Crazy Trip

Over the years, the Bolzano Team changed a lot. I’ve witnessed many players come and go, but there’s a small hard seed of local players who continue to push through the five, two hour practices a week. In 2017 coach Rossi left us and Michael Wood joined as Defensive Coordinator. He coached the Giants in 2009 and won a National Championship.

2017 was a crazy year. I broke my wrist in the offseason while snowboarding and had multiple fractures. I had to have surgery and the doctors reassembled the bones with a metal plate. As a result of that, i showed up to preseason very skinny becaused i missed most of my offseason preparation in the gym, but luckily I hadn’t lost my speed.

Coach Wood knew my potential as an instinctive player and let me audible pretty much what I felt like. He called the play and I could adjust it to whatever I saw on the field. It was a crazy year, we made it to the Semi-finals with a small roster plagued by injuries. We ended up losing to the Rhinos and Ricciardulli again, but our Defense was scary good. I led the league in tackles and forced fumbles. I also snagged multiple interceptions.

That year I made the National Team, winning the Europe Championship Qualifying tournament in Lignano Sabbiadoro. I got to play because the starting Will (and best Italian) Linebacker, Andrea Benoni got hurt.

We won that tournament against Israel and Serbia and I’ve never felt so proud in my whole life.

When The Podyum released their Top 25 European Players, I had made the list. The bright shine in my Parents eyes motivates me still today.

I’ve spent the offseason training but injured my other wrist on the last practice before the first Game. This year was made to be different. I had changed my jersey number to #2, ditching my Dads #53. It was time to write my own history. Sitting out one game, which we barely won, against a new team, I decided to not lose any more time sitting on the sideline so i played the next few games with a hard cast on my wrist.

It was a rough start. Our Defensive Line Coach had just been named Defensive Coordinator and everything was pretty new and uncertain. After a rollercoaster regular season in which we beat the Rhinos Milano by one Field Goal to eliminate them from the Playoffs, we lost to Parma and Seamen, but we made it to the Superbowl by stripping the win from Parma with a last second Interception.

We played the National Championship in front of a big crowd of Giants Supporters. A Family of few (27) lost to a team of many(50+) again. Everybody had us losing by a lot. Many called a shutout, but we held our ground and only lost by 2 Touchdowns while having our Quarterback injured and not scoring a single point for 3 Quarters.

The Seamen Milano earned their second Superbowl in a row and, I myself had a horrible game. This is my biggest regret, because this might have been the last game with my Bolzano Brothers.

As of now I am preparing for 2019 Season in the best way I can. Andrea Benoni is leading the way with his ‘Overtime’ program, which I am following religiously. I never was the strongest or biggest kid on the field, but this year I’m determined to be in the best shape of my life. 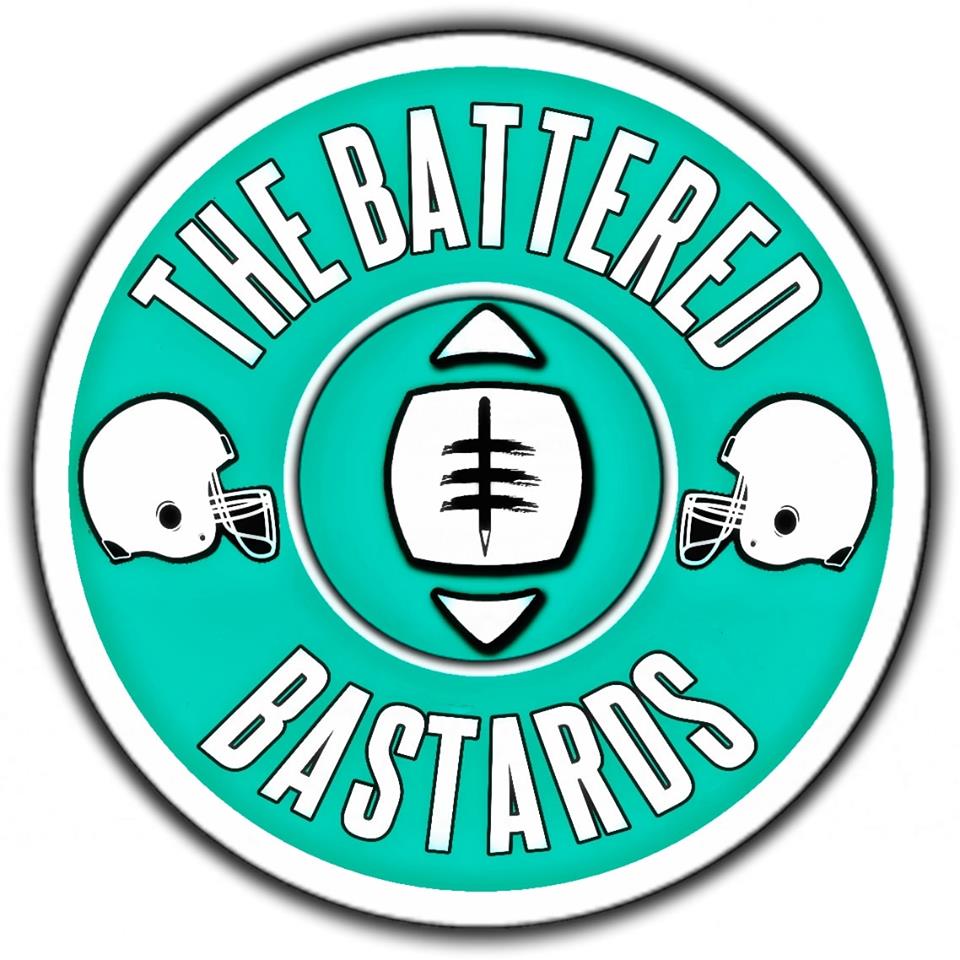