With the news of Gronk coming out of retirement to join Tom Brady in Tampa. This season’s Bucs have an offence filled with big name talent. Will they win the Super Bowl? Who knows? But one thing’s for sure, this could be a team fans will always remember. With the decade coming to a close, I’m taking a look back to some teams from the 2010s that the streets will never forget. These are teams that might not have been the best team in the league, or made deep playoff runs, but they are teams that gave us memorable games and moments, produced by players who won the hearts of their fanbases. They may not go down in history books, but they’ll be remembered by those who watched them. 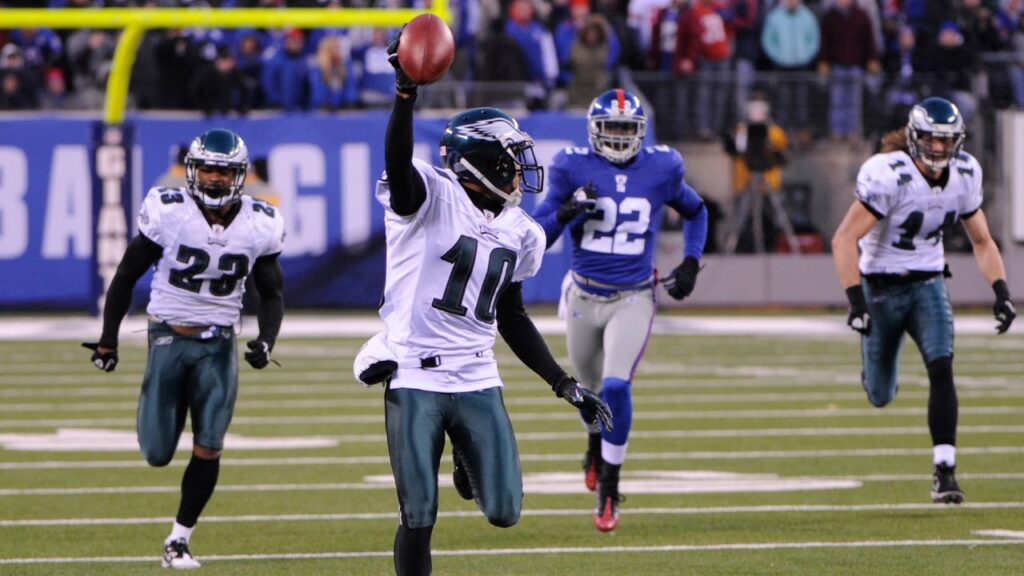 We start the decade off with a team that ticks every box of this criteria. The Eagles had just traded franchise quarterback Donovan McNabb to the Redskins and there was uncertainty going into the season. This all changed when backup quarterback Michael Vick took over early in the season and went on a run that many thought put him in MVP contention. In Vick’s best year as a true quarterback, he threw for over 3,000 yards and 21 TD’s in just 12 games en-route to a 10-6 record. Vick’s cannon of a left arm was also a perfect fit for third year deep threat Desean Jackson, who notched his second consecutive 1,000-yard season. In addition, second year receiver Jeremy Maclin managed just shy of 1,000 yards himself, with 10 touchdowns. On the ground, Vick’s near 700 yards on the ground was complimented by a 1,000-yard season by second year running back LeSean McCoy to produce a team that could air the ball out as well as attack on the ground.

Combine this talented young roster with a coaching staff featuring four current NFL head coaches and you had a team that could take things to the next level at any moment. The other thing that makes this team so special is the memorable games they left us with. In a week 10 game against the Washington Redskins, Vick connected with Jackson on an 88-yard touchdown on the game’s opening play. The team didn’t slow down after that. Up 45-14 at halftime, Vick would finish with four passing touchdowns and another two on the ground as the team coasted to a 59-28 victory. But the most memorable of these games came in week 15 against the New York Giants. With the division on the line, the Eagles found themselves down 31-10 with eight minutes to go in the fourth quarter. A 65-yard touchdown to tight end Brett Celek, followed by two quick scoring drives tied the game at 31. With just 17 seconds left, a punt return touchdown by Jackson sealed the win for the Eagles as time expired in what would become known as “the miracle in the new meadowlands”. That win would be the team’s last win of the season and a game filled with missed opportunities ended their season in the wildcard round, losing 21-16 to the Green Bay Packers. 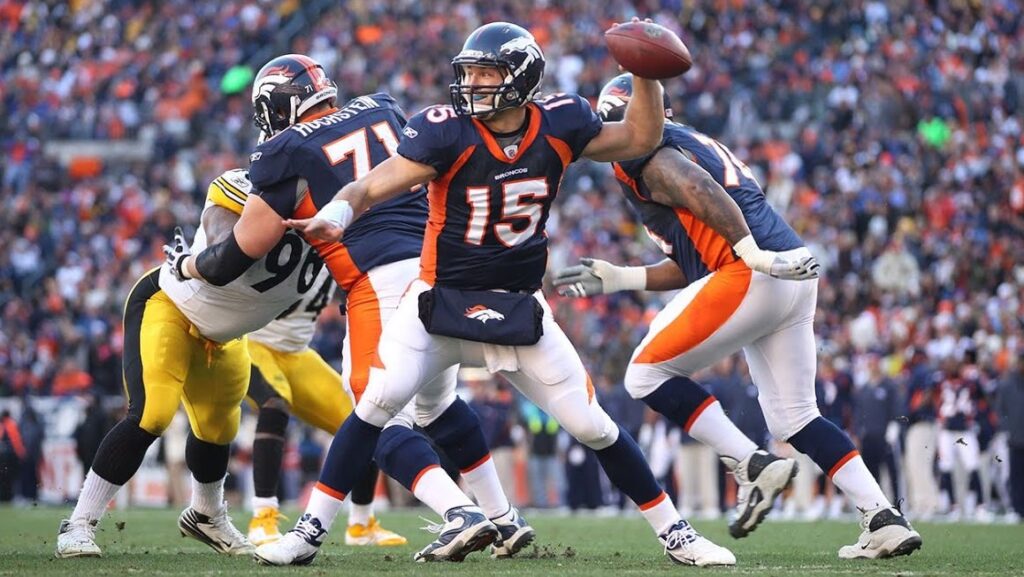 The 2011 Denver Broncos were a team you couldn’t miss because you’d never know what was going to happen next. With the team sitting at 1-4, the decision was made to bench Kyle Orton in favour of polarising quarterback Tim Tebow. Despite Tebow’s inconsistent quarterback play, three overtime victories and plenty of late game heroics resulted in the team clinching the division with an 8-8 record. Part of the reason for this success was the team’s solid defence. Anchored by veteran cornerback Champ Bailey and former Eagles safety Brian Dawkins (both future Hall of Famers), the defence was also boosted by standout performances from rookies Von Miller and Chris Harris Jr. This defence had the ability to keep the team in games just long enough for Tebow to lead a miracle drive in the dying minutes to win the game from seemingly out of nowhere.

The highlight of the Broncos came in the wild card round against the Pittsburgh Steelers. Despite the Steelers being the 5th seed, the Steelers were by far and away the favourites to win the game. With a 12-4 record and a stacked Bruce Arians offence featuring a receiving corps of Hines Ward, Antonio Brown, Emmanuel Sanders, and Mike Wallace, seemed set to storm past the Broncos, who were coming in on a three-game losing streak. To make matters worse, the Steelers had a stacked defence featuring all-pro safety Troy Polamalu, pro bowlers Ryan Clark and James Harrison in addition to rookie pass rusher Cameron Heyward. Despite this, the Broncos defence held early and an inspired second quarter on offence found the team up 20-6 at the half. However, a second half comeback from the Steelers forced overtime. The Broncos won the coin toss and on the first play from scrimmage, Tebow connected with Demaryius Thomas for a game winning 80-yard touchdown, the longest scoring play in overtime playoff history. Unfortunately for the Broncos, the win advanced them to the divisional round against the #1 seed New England Patriots, where they would lose 45-10.

Nothing says one-year wonder like the 2012 Washington Redskins. This is a team that managed to turn a 5-11 record from the previous year into a 10-6 division winning season, before sinking all the way back down to 3-13 the year after. A lot of this success boils down to the performances of rookie QB Robert Griffin III and sixth round running back Alfred Morris. The two rookies combined for 2,428 yards on the ground and were the driving force of the Redskins #1 ranked rushing offence. Even a Minnesota Vikings team featuring eventual league MVP Adrian Peterson finished second in both total yards and touchdowns to this Redskins ground attack. RGIII’s additional 3,000 yards and 20 TD’s through the air earned him offensive rookie of the year honours. With super bowl winning head coach Mike Shanahan and an offensive coaching unit featuring current NFL head coaches Kyle Shanahan, Matt LaFleur and Sean McVay, it’s no surprise this team finished the year as the highest scoring team in the NFC.

With the team sitting at 3-6, the team came out of their bye week red hot, going undefeated for the rest of the season and winning seven straight to take the division. With several close victories along the way, including a 17-16 victory over the defending Super Bowl champion New York Giants, the highlight of the year would come just a week later with a victory over the eventual Super Bowl champion Baltimore Ravens. Down 21-14 in the third, Redskins kicker Kai Forbath drilled 48, then 49-yard field goals to bring the Redskins within one going into the fourth quarter. However, a Ray Rice touchdown left the Redskins down eight with five minutes remaining. Griffin took off on a 2nd & 19 to save a long 3rd down but injured his knee in the process. Whilst he briefly returned to march Washington down the field, his injury forced him out for the remainder of the game. Backup QB and fellow rookie Kirk Cousins came in and threw a touchdown to Pierre Garcon with 30 seconds remaining, then ran the ball in himself on a 2-point conversion to send the game to OT, where the Redskins would prevail. RGIII’s knee injury would never fully recover, ending RGIII’s season in Q4 of an eventual playoff loss to the Seattle Seahawks.

For more articles like this one you can go to Gridiron Blogs!