It is the Monday after Week 16. In the gym, I’m halfway through my workout when I make the mistake of checking the NFL UK group on Facebook. It’s a vibrant group, with much of the discussion you expect with sports, representing a wide array of opinions. The last few weeks, the same discussion has been brought up a few times. Colin Kaepernick. The Question has been mainly surrounding whether or not he should have a spot in one of the many teams facing real problems within the NFL. I personally disagree with the protest Colin took part in. I don’t want to go into detail, because I don’t want the crux of my argument to be one where I come across as saying that just because I disagree with someone’s politics they shouldn’t have a job in sport. I essentially believe that there will always be bad people. Racists, who of course exist, don’t tend to understand why they’re shunned for their opinions. Or why their beliefs on race are so stupid. Anti-racism is an argument for individualism, which remains perhaps our most sacred right. To be treated as an individual, who has their own agency is a key part of life, especially with sport. This is how the argument comes circular. Politics has less of a place in sport for a simple reason, it is the greatest meritocracy there is. If you’re better, you should have a job. Back to why it was a mistake to check the group though; I spent the next 15 minutes reading the comments with a mixture of bewilderment and amusement. I don’t complete my set. I lose gains for Facebook. 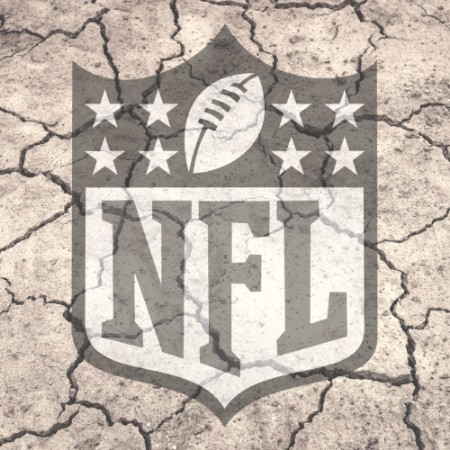 We all know the situation, you turn up to training week in, week out. You’re getting better every week, in fact at training you’re beginning to stand out. Game day comes, you are confident you will have a starting spot. Except you don’t. Many of us may have first encountered this long before we found American Football (if you play), probably when you were playing Sunday league in some form, whether Rugby or Football. The classic ‘Manager’s Son started and was captain’ is a widespread trope, but the tongue in cheek attitude goes with a reality. We sometimes find ourselves guilty of allowing easy decisions to replace the right ones. Integrity is a key part of sport. Integrity is different to honesty, because it asks that we do the right thing when it is difficult, rather than the easy thing. It’s easy to be honest and do the right thing when it’s easy. It’s harder to do the right thing on a bad day, than the right thing on a good day. I honestly believe that the last few weeks has seen the NFL forget its own integrity. 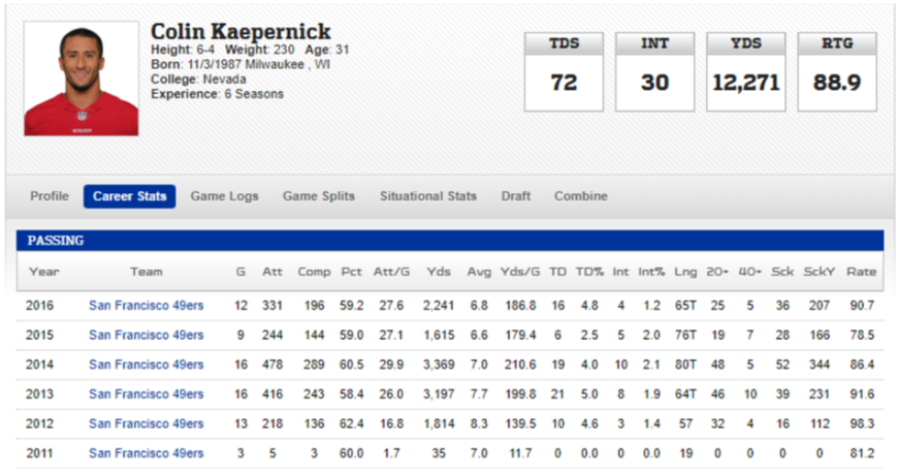 I like cold hard facts. Emotions are open to being skewed by our own interpretation of events, of being construed and fitted to our theories. Facts don’t have a narrative. So, for those who want to argue Colin Kaepernick’s stats were declining, here’s a reality. In 2016, Kap had a QBR of 90.7 on average, which puts him realistically at just above average. Blake Bortles in his 2015 season had the best QB rating of his life, with 88.2, putting him 0.7 below Kap’s average. In 2016, the 49ers were bad, but Kap was by QBR, 22nd in the League. Kap’s best receiver that year was Jeremy Kerley, who managed 667 yards on the season. The 49ers went 2-14 with no receivers and a head coach that was fired after a single season, it seems a little disingenuous to say that it was all on the QB. Case Keenum for example in the same year under Jeff Fisher had a QBR of 76.4, before heading to the Vikings the next year and having a rating of 98.3. 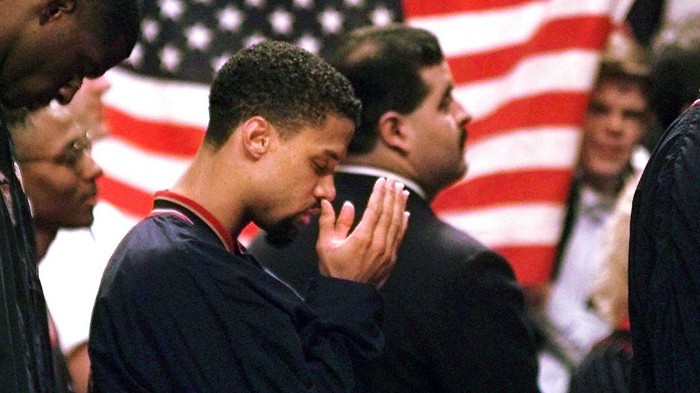 Kaepernick’s protest did have a big impact on the NFL, with the ratings dropping by nearly 20% around the same period. But, this could easily have been nipped in the bud the same way the NBA did it when Mahmoud Abdul-Rauf protested the anthem. Instead, the NFL wanted to take a different route, which ended up being half a dozen of one, and 6 of the other. I honestly don’t believe that this is all due to the kneeling protest, even with the focal topic it became after President Trump used it as an issue to help engage with his base. A declining viewership within the NFL had a range of other causes. It’s not hard to see where the other issues come in, all you had to do was look at how subscriptions for Sunday football pass declined. A mixture of boring games, increasing costs and a wider availability of other media had a wide impact. People who use to buy cable formed part of the ratings, because they paid for games, without ever having to actually watch them. Actually watching the games was not a part of the NFL gaining money, when big broadcasters paid lucrative fees to show Monday night games. In the same way that someone with a Sky subscription will find that most of their fee is spent on broadcasting the premier league, people quickly realised a cheaper alternative was a subscription to Netflix and Amazon Prime. 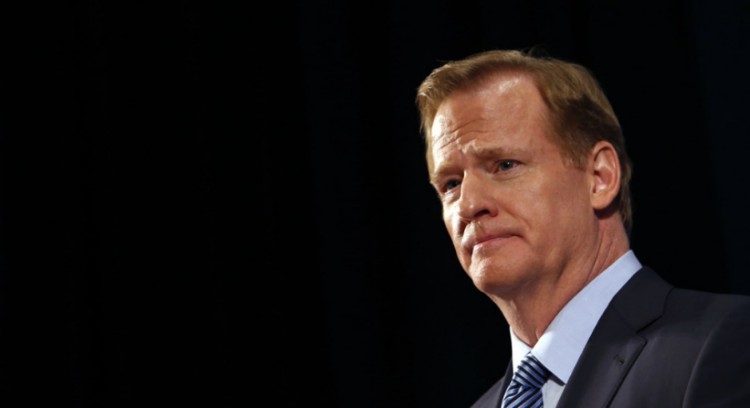 ‘We’re not colluding, trust us, we’d tell you’

Colin Kaepernick was out of a job in 2017 and by the time August of this year came round, a court had allowed the case to advance. The reality of the case is that the league tried to convince everyone and itself that there was a reasonable explanation why Colin Kaepernick didn’t have a job, when Josh Johnson did. It was incredible that people will line up to defend NFL teams not signing Kaepernick because he hasn’t played for nearly 2 years, whilst not offering how that was different to Josh Johnson who hadn’t thrown a pass in the league since 2011. The NFL is guilty of a massive hypocrisy here. The NFL made the case that although Kap’s protest wasn’t well received, he didn’t have a job for a myriad of reasons beyond that, declining play, contract disputes, etc. Yet, in the same way that Dez Bryant had initially held out for the money he expected from Dallas before signing to New Orleans on the cheap, enough time has gone by, that signing Kap now to a single year million-dollar contract would not be an unusual occurrence. Think Teddy Bridgwater at the Jets. If Colin didn’t accept a public offer for work that was reasonable enough to be a serious offer (not something paltry to look like a limp wristed effort to derail the lawsuit) then there’d be more credence to teams saying they didn’t want anything to do with him. 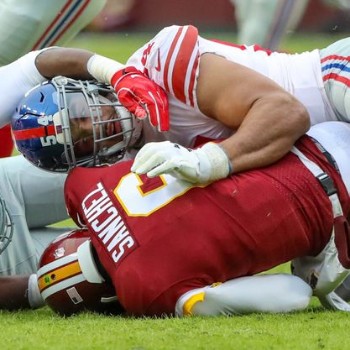 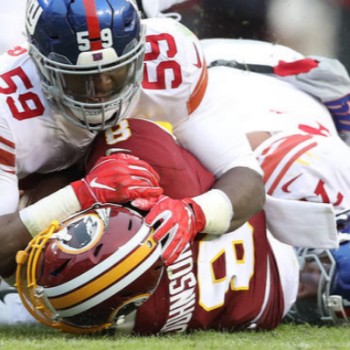 The Washington Redskins were 6-6 with a real chance at making a wild card spot. If they were 7-5 now instead of the 6-7 they are, them and the Seahawks would be duelling it out, with the Vikings hot on their heels at 6-5-1. Mark Sanchez threw 2 Ints, Josh Johnson threw 1 TD, 1 Int. Are we seriously believing that Kap couldn’t do any better than that? Flip the question, do we seriously believe that Kap would have been so much worse? 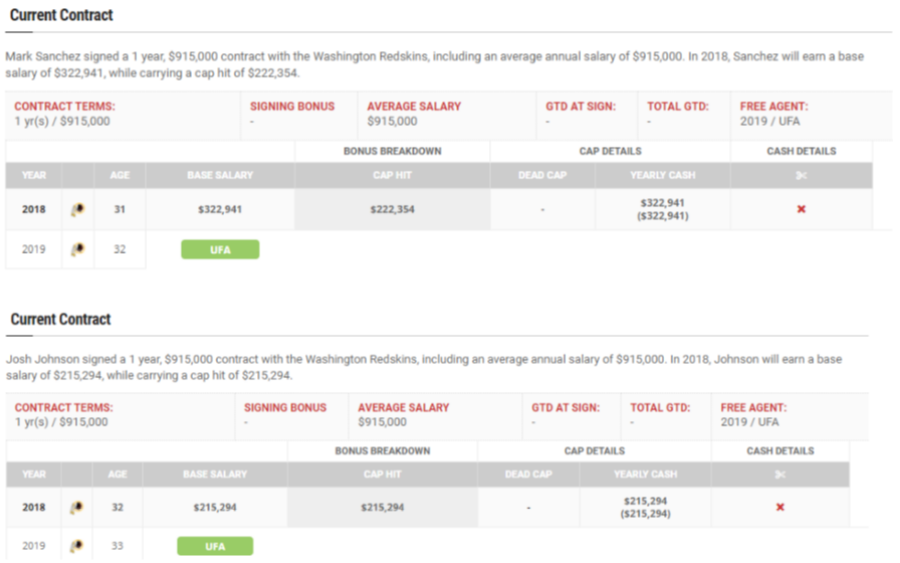 Above you have the contracts for Mark Sanchez and Josh Johnson. They have a combined cap hit of $437,648. Both have a deal worth $915,000, which seems fair enough. Essentially the redskins are paying them to see out the season. With this information widely available, is it so hard to believe that the Redskins shouldn’t have signed Kap to the same contract as Johnson, with the promise to review the contract after the season. The reality is, you sign Kap, if you make it to the playoffs, people forget about the anthem. Fans are fickle, a winning season where your team makes the playoffs, players can go ahead and commit violent offences in an elevator. If you’re good enough, a lot gets forgotten. If Kap is terrible, every fan who said he wasn’t signed because he was declining is vindicated. The NFL has missed an opportunity to also bring a quick end to its lawsuit. If he’s great, then they know the best play is a quick settlement out of court. If he is terrible, go forward into a case with tape of Kaepernick just not being good enough. Instead, the NFL allowed teams to sign sub-par players to quick contracts, at what will eventually be to their detriment. A league that stood up and said Kaepernick didn’t have a job because he wasn’t good enough, has allowed that debate to shift into ridiculous territory, because no one should seriously believe it any more. Kaepernick is being black-balled right now, which isn’t right. 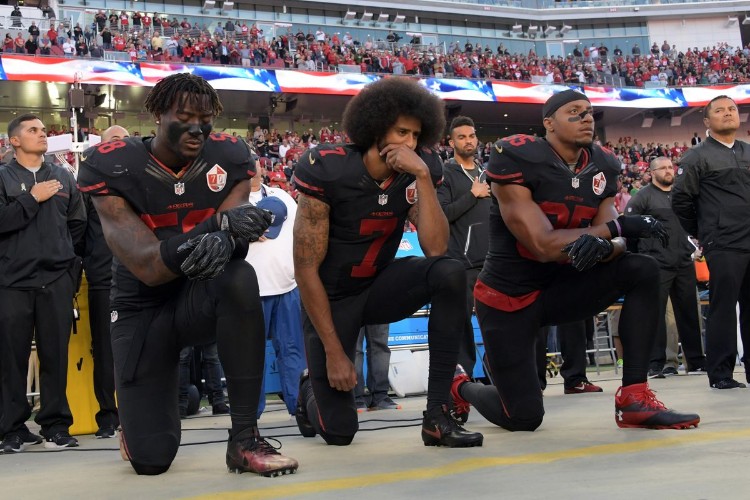 The NFL has taken a protest that brought politics into sport (something I disagree with) and tried to paint a picture of rising above it, before doing the exact opposite. The way right now to prove that the league is one where the best player plays, where winning matters most, is to sign a short term contract with Kaepernick. Kaepernick may well have made his own bed in some respect by using the NFL to promote his own beliefs, but if the NFL wants to play a game of ‘That’s not why he doesn’t have a job’ it must address the why other players are getting ahead. Ignore the politics around him, and sign someone who can throw a ball.