First off, there is often confusion with the use of the word “strength” when someone mentions lifting weights in the field of S&C. “Strength training” can be used interchangeably with “resistance training” AKA lifting, whereas when someone talks about “max strength training” they will always be referring to getting their 1RMs up. Taking a look at the body types of the average NFL player, it’s becomes clear that for ultimate performance we need to build size and get our weight up, but what about max strength? The combine features no 1RM testing, but you do see the occasional weight room vid from respected programs of their players maxing out a squat or deadlift, which surely these highly paid and qualified(?) S&C coaches wouldn’t bother making players do something if it didn’t serve a proper purpose? Well, these S&C coaches have been known to do some sketchy stuff in the past…. 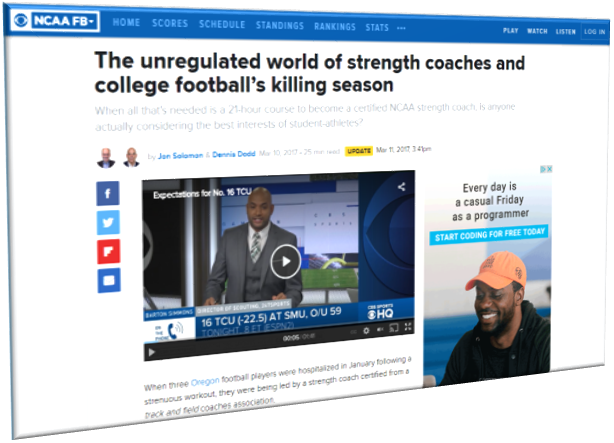 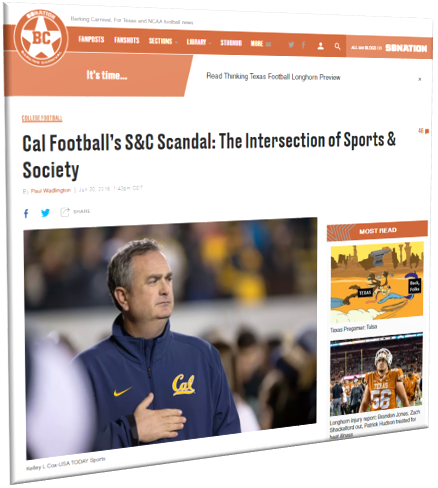 When an S&C coach is looking to improve an athlete’s performance in the weight room, they aim to replicate the movements in the sport e.g. squatting for vertical jumping, both of which are glute and quad dominant exercises with extension at the hip, knee and ankle, which is referred to as “triple extension” and will be covered in more detail in an article about sport specificity at a later date. In addition to replicating the movements, S&C coaches must also understand how much force certain skills require and how quickly that force needs to be produced to perform it effectively. 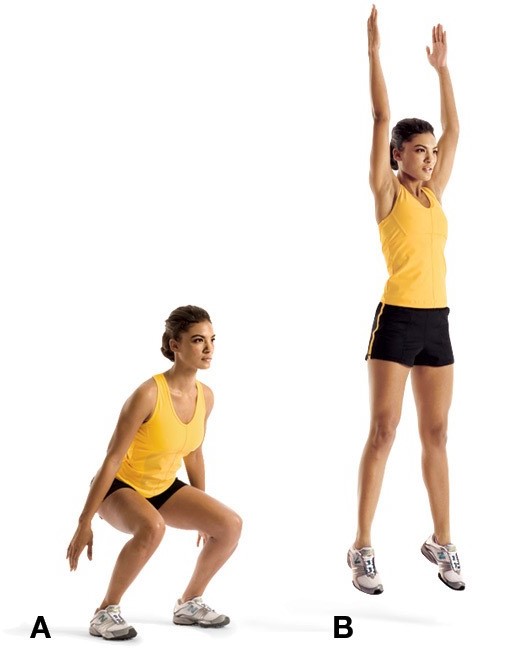 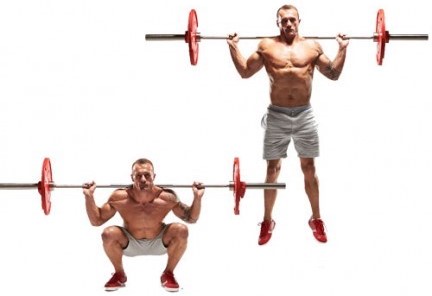 In S&C, we place all movements and the power they require on what we call the Speed-Strength continuum (see below).

These football (or gym) movements are placed into each category on the speed-strength continuum based on the time it takes to produce the force required, for example, a 1RM lift is a slow movement that requires an athlete to exert the highest amount of force he or she can, so it goes into the Absolute-Strength end of the spectrum, whereas the vertical jump combine test is a fast movement with much lower ground contact times, therefore placing it down the continuum around the Speed-Strength area. Although both movements require max effort, a lot more force (and therefore time) is required to shift 200kgs on your shoulders vs bodyweight jumping as an athlete.

With regards to sporting performance, if you have two athletes who weigh the same, play the same position and have the same technical ability, but one can produce more force in less time (officially termed Rate of Force Development – RFD), the more athletic player is going to be drastically better than the other scrub. Simple concept, but a strong athlete who can produce a shitload of force e.g. an elite powerlifter, isn’t then guaranteed a shot at gold in the 100m finals, and likewise a floor routine gymnast isn’t likely to break the deadlift world record any time soon. If you consider the graph below, you can see how each category operates on a sliding scale (some terminology differs amongst sources), as force goes up, the speed at which it is produced goes down, as speed of movement increases, the amount of force being exerted per action will be lower e.g. the mid stage of sprinting where most elite sprinters will be at their peak speed. 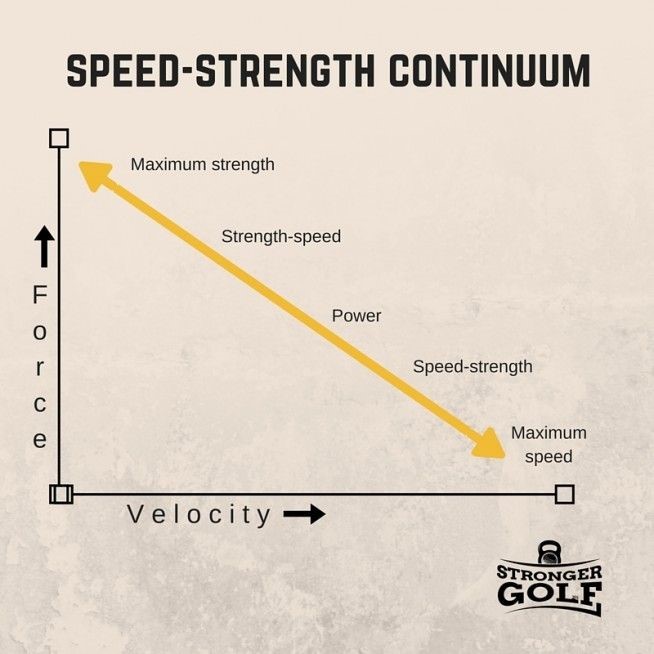 As football players we don’t spend time producing force in a single movement over 3+ seconds like you would do in a 1RM. A change of direction, a step in a sprint or jump takes not even half a second per movement, even as an O-lineman where you’re meant to be the strongest of all players and potentially blocking someone for the 5-6 second average play length, you don’t produce force in max strength ranges as that isn’t a single action. There are multiple steps, punches, pushes and pulls involved in that block so the force requirements for a single play will be a combination of Strength-Speed -> Speed-Strength moves chained together. If you struggle to understand this, hold your fist to your chin like a boxer, squeeze that fist as hard as you can and jab straight forwards. It’s a heavy, slow but forceful jab. Now do the same thing but with a loose, limp hand and wrist and jab as quickly as you can. It’s fast, but has very little force behind it. This is the underlying principle behind all S&C training and RFD, athletes need to be able to produce force in the correct timeframes for their sport.

So now we understand a bit more about force, what does this mean for training? It’s understood that football players across the board need to get better in the Strength-Speed -> Speed-Strength ranges to aid hitting, acceleration, foot speed, change of direction and jump height, so it makes perfect sense to do exercises that improve force output in these areas such as heavy Olympic lifting (cleans, snatches and jerks) to hit the Strength-Speed part of the spectrum and box jumps and light med ball throws to develop Speed-Strength end. So Max Strength work is a waste of time? Far from it.

Strength underpins every quality we have as athletes, so by increasing the amount of force we can produce in a single slow movement, we’re able to have an impact on our force production whilst performing faster actions. In a gym scenario this could be demonstrated through the effects of a squat, deadlift and military press based strength program on jerk or push press performance. A visual of the force/velocity increases from a data perspective is demonstrated by the graph below, where the entire curve shifts upwards to demonstrate an increase in force produced in a given timeframe, and the curve shifts towards the right following a training block showing an increase in the speed that all force can be produced. 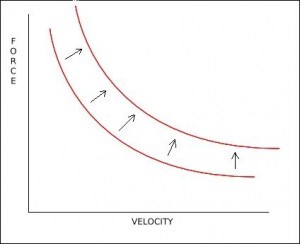 Having sat in a talk from Dr Mike Stone (former Edinburgh University) at a UK Strength & Conditioning Association (UKSCA) conference, he states that athletes largely waste their time doing classic power training in the gym, and in fact will reap better power gains by just building a baseline of strength before moving onto anything more complex. To make power training worthwhile, Dr Stone recommends to achieve at least level 4 in the below table, which is based around how strong you are relative to your bodyweight.

Your lift divided by your bodyweight = what level you are for that lift.

It’s worth noting that linemen or anyone else carrying extra mass get a bit of leeway here, so aiming for the top end of level 3 for you guys is acceptable. It’s also worth noting that female athletes do not have the same requirements as their male counterparts regardless of position. I don’t have official data of the relevant levels for females, so I’d recommend assessing your strength levels from this link (aim for advanced).

So how do we get to level 4 and above? Find out in the next article, where I’ll be covering the basics of strength training, a simple 6-week program anyone can follow and some “fun” strength training methods bits for you to try out in your off-season.