The Uniball season is almost upon us. As temperate Sunday practice sessions give way to bitterly cold gamedays, this year’s litter of rookies must prepare for the coming months. Only the strongest will survive the winter. (no refunds on the subs though)

However, fear not! Death by hypothermia is easily avoided by landing a starting spot for your Uni team. Here is a foolproof guide on how to achieve that. In fun list format! 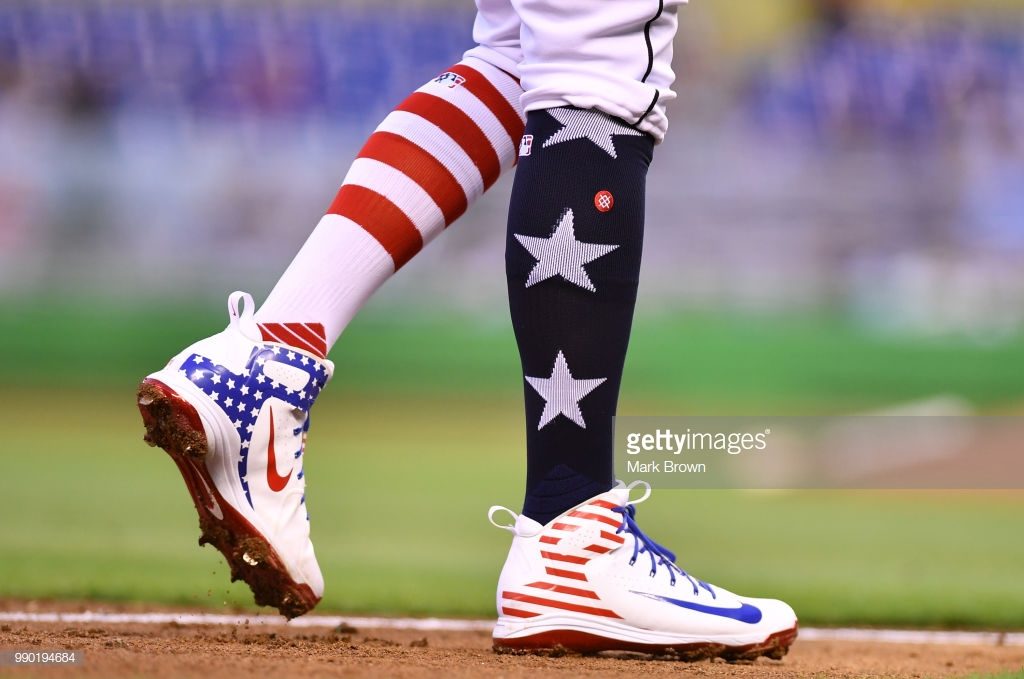 For most, Uniball is your first foray into the world of Britball, and it’s where you’ll learn your most valuable lesson – everybody is terrible. The coaches know this, and so must pin all of their hopes on the one guy from the States like he’s the last lifeboat on the Titanic. It does not matter if he has the turning circle of an aircraft carrier, he knows what a ‘three-technique’ is without having to be told, so he will be starting.

Pros: As explained, any actual ability is not a prerequisite here, so you don’t need to even practice if you don’t feel like it.

Cons: If you’re not American – which, be honest, you aren’t – there’s not much you can do here. You can try affecting an easy West-Coast drawl and tell everyone you ‘played some JV out in Cali, yeah’, but no-one’s buying it. 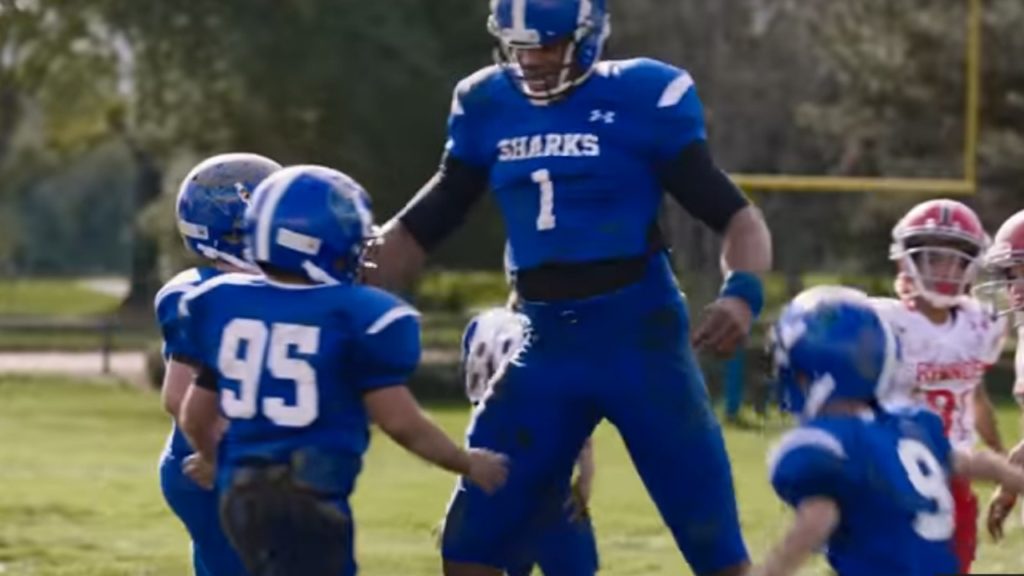 Little known to the general public, up and down the country there are a small number of youth Britball teams, if you know which rocks to look under. Picking up the game at a young age will give you a huge head start over the majority of Uniball players, and if you were actually quite good at U-17 level then you will have already been recruited to play at Birmingham. Not on an actual scholarship, but there were some not-so-subtle hints about how Lions head coach Wayne Hill will put in a good word for you with the GB head coach… Wayne Hill.

It’s a fair system, though!

Pros: Birmingham is a good university, if you can look past the local accents.

Cons: Again, bit late for you to join a youth team so this is out of your control, really.

3. Be naturally talented and athletic 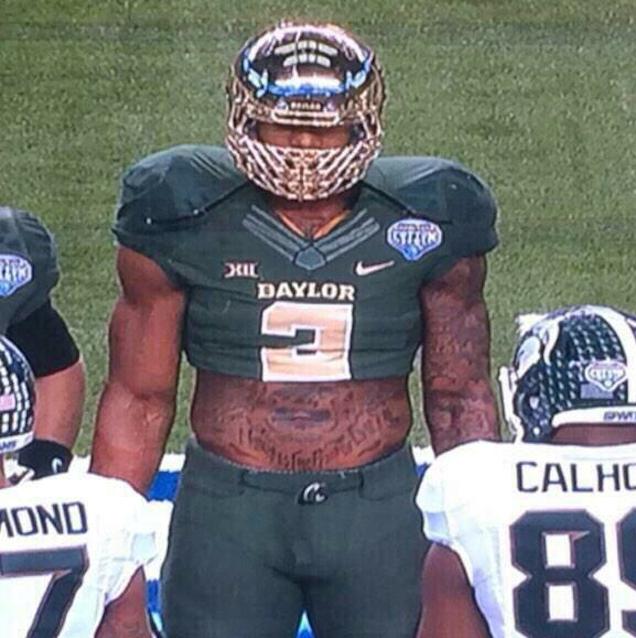 Everyone was so kind to you at rookie day, weren’t they? All of the senior players and coaches, seemed so keen to get to know you!

This is a scam – they spotted that you’re 6’ 3″ with arms like tree trunks and are now pulling every trick they can to get you on the team before you realise what a shitshow it is. It works, and despite having no prior experience at all, turns out the sport comes so naturally to you! Oh, and yeah, mate, no; yeah – you don’t even go to the gym that much, it’s just, like, good genetics, I guess?

Life is just one big picnic for you, isn’t it? I hate you.

Pros: See above; re: life, picnic. See also; without fail you will get laid at every social. And graduate, with a 2:1, straight into a £50k job in the City. Did I mention I hate you?

Cons: Once again, let’s not lie to ourselves, this is not you. Your numbers didn’t come up in the genetic lottery, and you’ve just spent £700 on pints in the last four weeks, somehow. This option is just not for you, friend! On to option 4 along with the rest of us pathetic worm people!

4. Lie about having previous experience 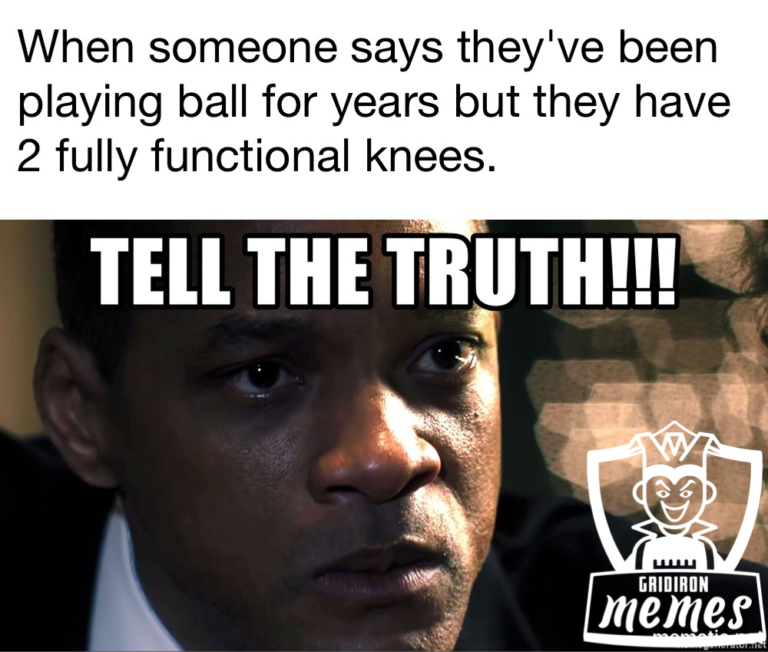 Now we’re talking! This one requires very minimal ground work, just turn up to rookie day already knowing what a ‘dig route’ is (ie. play lots of Madden) and look vaguely in shape. Nobody will actually check if you say you played youth ball at school in Germany. This is the perfect crime.

Pros: If you play it with enough conviction, you will blag a week 1 starting spot.

Cons: When it turns out that you’re actually terrible, you can either: A) admit that you lied (no chance), or B) double down on it and live out a three-year charade that’s fooling nobody (the noble choice, a choice of champions). 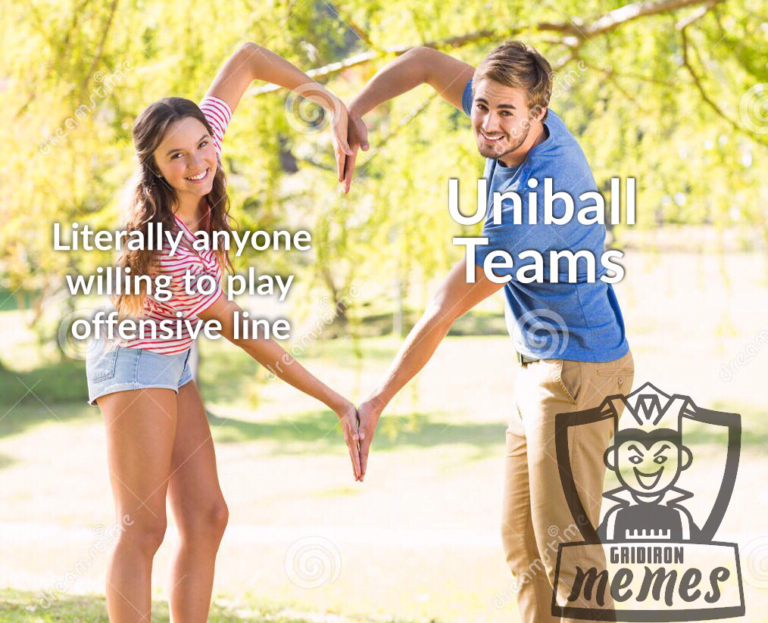 Perhaps you’ve always been a big lad. An absolute unit. One thicc bihhh. Your dad, he used to joke about it, didn’t he! About how you were wider than tall, as a kid! You can look back on it and laugh, now, though, can’t you? Now, since the therapy, you can laugh about it!

Anyway, the guys on the American Football stand at the Freshers’ fair were nice to you, so you thought you’d give it a go, and now here you are. The coaches keep saying something about “Oh Line”. Just smile and nod.

Pros: Full 3 year ride as a starter, playing every single snap, couple of awards, leave at the end with a great group of mates and a newly found self-confidence. 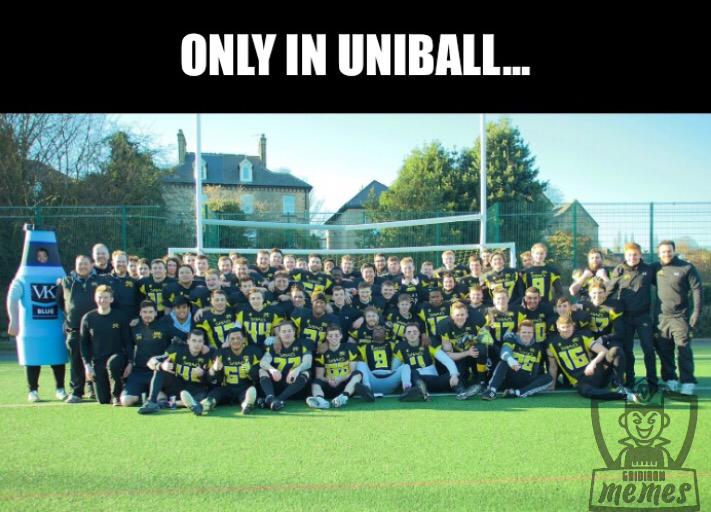 Another look beneath the veil of Uniball here – there are a few spots where you can field a total passenger with almost no risk; one of the outside linebackers; an entirely nominal tight end*; strong safety, full back. The good news for you is that these spots are available to be filled by sheer force of personality alone.

Pros: You have basically no responsibilities on the field, so you can be a bit shit and get away with it. 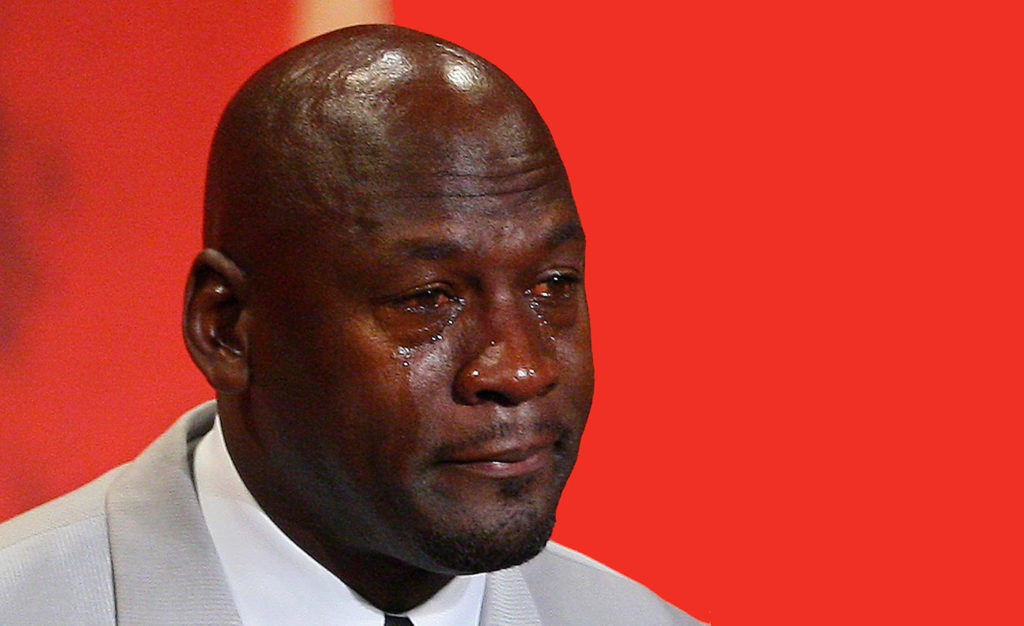 Hey, neat! You’re starting… on special teams! On kick return! Not, like, actually returning the kicks, though; you’re just blocking… but it still counts, right?

Cons: It really doesn’t, though.

*Uniball Tight Ends fall into two categories – really tall lads that nonetheless cannot catch for shit, and you – the noble VK Prince – 1 catch for 6 yards on the whole season, Rookie of the Year award by a landslide.

**This article brought to you by VK, the official drink of Uniball.***